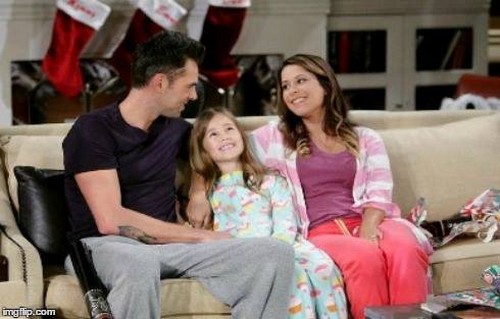 “General Hospital” spoilers and rumors have been teasing for months now that Kimberly McCullough will be returning to the ABC soap any day now – pregnant and with a baby bump. The question on everyone’s mind is, obviously, who’s baby will Robin Scorpio-Drake be pregnant with? The last time Robin was in Port Charles, before she was blackmailed into abandoning her family to go save Jason Morgan (Billy Miller), she had sex with her husband Patrick Drake. However, rumor has it that the baby might not be Patrick’s, or even Robin’s for that matter.

“General Hospital” spoilers shocked fans of the ABC soap when it was revealed that Helena Cassadine (Constance Towers) slipped away with Lulu’s embryo – which had been fertilized by her son Stavros Cassadine (Robert Kelker Kelly), during the bombing at Crichton-Clark. However, after the bombing the fertilized embryo was never brought up again. But Helena whisked Robin away to an undisclosed location where “General Hospital” rumors tease that she implanted Lulu (Emme Rylan) and Stavros’s egg in Robin.

If Robin Scorpio-Drake does come back to Port Charles pregnant, or with a newborn baby – it will create a major plot twist on the ABC soap. Will Robin try to pass the baby off as Patrick’s since she did have sex with him right before she left? Or will the Cassadine’s swoop in and try to take the baby from her, since technically it does have Cassadine DNA? Then again, even if Robin did come clean about the baby’s true parents – would Lulu really want a child that she shared with of all people, Stavros Cassadine? 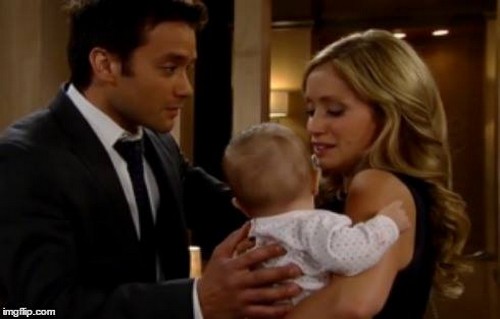 Although Patrick (Jason Thompson) appears to have moved on from his divorce, Robin never wanted to let her husband go, she was forced to. Returning home with a baby and convincing him that it is his, especially after he just lost Gabriel, could mean the popular couple would get back together. Seeing as how no families get a happily-ever-after on “General Hospital,” it would be nice to see the Drake Family reunited.

The “General Hospital” writers seem to love ‘Who’s Your Daddy’ storylines; it is unheard of for a baby to be born on the ABC soap without some major DNA tests or plot twists. Ironically, Lulu and Dante just got back their son Rocco from when Britt stole their egg and got herself pregnant with it. Lulu is still adjusting to being a mother. Can she really handle having another baby dumped on her that she didn’t know existed? What do you think GH fans?

If Robin returns and is pregnant, who’s baby do you think it is? Could it be her and Patrick’s baby, or Lulu and Stavros’s? If the baby is Lulu’s, will she even want him or her considering who the father is? Will a baby be enough to save Robin and Patrick’s marriage? Let us know what you think in the comments below and don’t forget to check CDL tomorrow for more “General Hospital” spoilers and rumors!