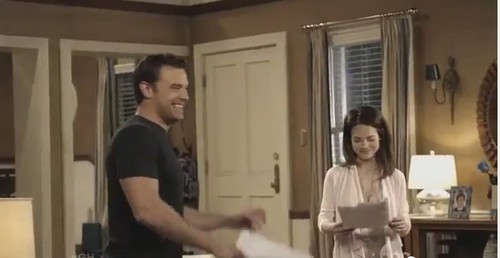 “General Hospital” spoilers and news tease that the 2015 Nurse’s Ball will be one for the books this year and Friday May 1, Monday May 4, and Tuesday May 5 will be packed full of exciting must-see drama on the ABC soap opera. GH spoilers and coming and going news tease that there will be a familiar face returning to Port Charles for the charity event. In February GH fans voted on whether they would like to see Courtney Matthews, Stefan Cassadine, Mike Corbin or Serena Baldwin return – and the poll results will be revealed during the 2015 Nurse’s Ball and one of those characters will arrive with a special storyline.

“General Hospital” spoilers have been teasing the big Jason Morgan reveal for months, and according to an all new press release from the ABC soap opera – it will all go down during the 2015 Nurse’s Ball. And, the Jason Morgan (Billy Miller) reveal is just the tip of the iceberg. GH spoilers also tease that there will be two proposals during the three day event, and a “phantom” will return to Port Charles.  There are so many messy romances in Port Charles right now, it is really anyone’s guess who could be doing the proposing or possibly even getting married. But, “General Hospital” rumors have been teasing that Dr. Patrick Drake (Jason Thompson) will propose to Sam Morgan (Kelly Monaco). It seems fitting that she would get engaged to Patrick, and then moments after accepting the ring learn that her husband Jason is still alive.

Over the years the “General Hospital” annual Nurse’s Ball has gotten bigger and bigger, and spoilers tease that while our favorite Port Charles residents gather to raise money for HIV and AIDS awareness – fans can expect some over-the-top performances and musical numbers. Are you as excited as we are for the Nurse’s Ball? Who do you think will finally put two and two together and realize Jake Doe is actually Jason Morgan? Will Patrick propose to Sam? Which character do you hope to see come back?  Let us know what you think in the comments below and don’t forget to check CDL tomorrow for more “General Hospital” spoilers and news.