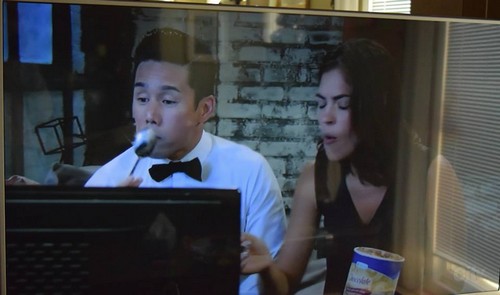 When “General Hospital” spoilers revealed that Kelly Thiebaud was returning as Britt Westbourne fans of the ABC soap opera were thrilled – and rumors began running rampant that Nikolas Cassadine’s ex could be pregnant with his baby! After basically being run out of town by Nikolas Cassadine (Tyler Christopher) after helping his son Spencer fake a kidnapping, Britt Westbourne has unexpectedly returned to Port Charles and she paid her old friend Brad a visit – and revealed to him that she is still in love with Nikolas, even though Brad insists she needs to move on and forget about the “royal jerk.”

After all of the damage that has been done to Britt (Kelly Thiebaud) and Nikolas’ relationship, the kidnapping, lies, and stealing his nephew – you would think that Britt would give up, but is the reason she has come back to town and tried to win him back one last time because she is pregnant with his baby? “General Hospital” spoilers tease some majorly shocking revelations will occur during the 2015 Nurses Ball sequence – maybe one of these is that Britt Westbourne is pregnant! Of course Britt is going to avoid the Ball itself and is watching at home with Brad.

If the “General Hospital” spoilers and rumors are true and Britt is pregnant with Nikolas Cassadine’s baby – it would open up a whole new can of worms as far as current storylines go. Nikolas’ family, especially Helena Cassadine, has always had a love/hate relationship and rivalry with Cesar Faison, who happens to be Britt Westbourne’s father. And, Britt’s mother Dr. Obrecht (Kathleen Gati) is not a fan of the Cassadine Family for obvious reasons. How crazy would it be if Cesar Faison (Anders Hove) and Helena Cassadine (Constance Towers) shared a blood line with a newborn baby? We can already see Nikolas and the Cassadines trying to take the baby and raise it, and Britt, Cesar, and Obrecht fighting tooth and nail for the infant.

Also, if the GH spoilers come to fruition and Britt Westbourne is pregnant we anticipate that Britt while desiring Nik also fears him and is unlikely to announce her pregnancy – she fears that Nik would take the baby and have her arrested and thrown in jail. More likely a pregnant Britt will leave town, have her baby, and then return at a later date. At that time there is sure to be a DNA and paternity test twist.

After Britt had Lulu (Emme Rylan) and Dante’s baby implanted in her and tried to raise him as her own, who will believe her that she got pregnant for real this time? Who is to say that she didn’t have her mother Liesl Obrecht implant another baby in her so that she could return to Port Charles and try to pass it off as Nikolas’s. Even if Britt is telling the truth, and she truly got pregnant with Nikolas’ baby the old-fashioned way, no one is going to believe her.

Honestly, we are seriously hoping that Britt Westbourne is pregnant, just because that baby’s family tree would be insane. Can you imagine Dr. Obrecht, Cesar Faison, Helena Cassadine, Lulu, and Nathan West (Ryan Paevey) all piling in to the delivery room together? Technically Nina Clay (Michelle Stafford) will be the baby’s crazy cousin – and she has been suffering from some serious baby fever since she woke up from her coma, will she try to steal Britt’s baby too?

So GH fans, do you believe the rumors – is Britt pregnant with Nikolas’s baby, is that why she came back to Port Charles? Will Nikolas give Britt another chance, or has she destroyed any chances of him ever trusting her? Will the Cassadine’s take the baby and try to keep Obrecht and Cesar Faison out of the picture? Let us know what you think in the comments below and don’t forget to check CDL tomorrow for more “General Hospital” spoilers and rumors! 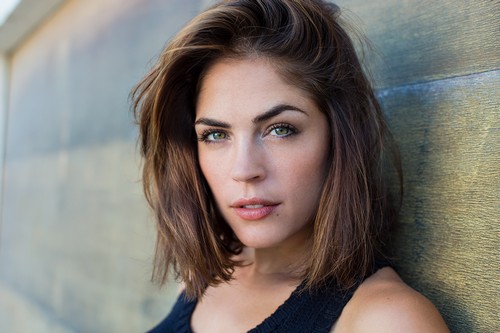