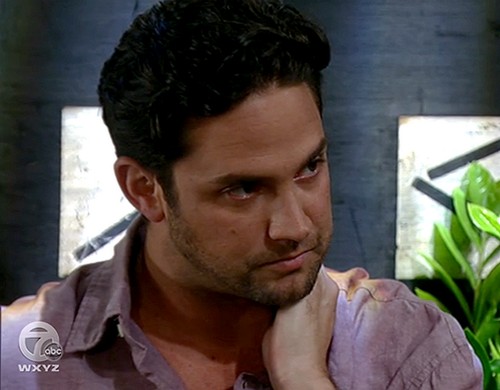 General Hospital spoilers tease that TPTB are doing some housecleaning at the ABC soap and there have been some major cast changes. General Hospital rumors began popping up on the internet that Dr. Britt Westbourne was exiting, and now they have been confirmed. Apparently, Britt’s portrayer, Kelly Thiebaud, has decided to pursue new roles and has opted not to renew her contract. Rumor has it Britt will now appear as a recurring character and her role will gradually fizzle out all together.

General Hospital easily holds the title for biggest soap cast ever, but it looks like they are finally trimming some of the fat (not that the actors are fat – but you get my drift). You can only bring in so many new characters before you have to start letting a few go. According to a recent General Hospital spoiler report from Soap Opera Network, Marc Anthony Samuel (Felix) and John J. York (Mac) have both been demoted to recurring roles, which isn’t shocking seeing as how their scenes are few and far between as it is.

In other General Hospital news, rumors have been floating around for months now that Brandon Barash was returning to the ABC soap, and now Daytime Confidential is confirming the casting news. Barash is expected to return to GH as the popular character Johnny Zacchara; he exited in 2013 when he was sentenced to twenty years in prison. Popular opinion on the internet is that Sonny Corinthos will be sent to prison for killing AJ Quartermaine, and share a cell block with Zacchara.

So, GH fans, what do you think of all of the casting changes? Are you upset that Britt, Felix, and Mac are all demoted? Will you miss Kelly Thiebaud? Are you excited for Johnny Zacchara’s big return? Let us know what you think in the comments below and don’t forget to check CDL tomorrow for more General Hospital spoilers and news.