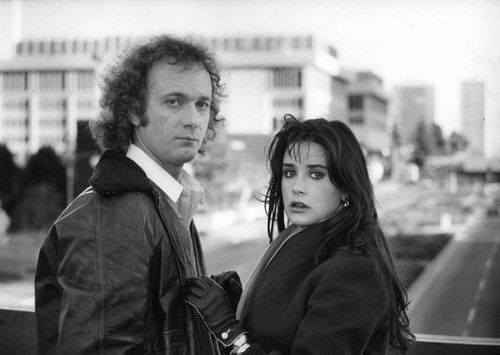 Here are some hot “General Hospital” spoilers for the Monday, July 20 episode of the ABC soap. The Valerie Spencer (Brytni Sarpi) and Dante Falconeri (Dominic Zamprogna) mess is not going away anytime soon. At work, Dante has an awkward run-in with Valerie who asks if his wife Lulu Spencer (Emme Rylan) is coming for her. Duh. Of course she is. And if Lulu knew that it was much more than a lip-lock and was a full-body lock, she would be coming at Val even hotter.

Valerie puts on a brave face for Dante, but she’s dying inside because she’s sooo into him. Too bad he’s so into his wife. Maybe things will change if Val turns up preggers. Meanwhile, look for Dante to play nice with his wife and try to pretend like that lusty night with Valerie never happened. But neither Valerie nor Lulu will soon let him forget his actions.

Dillon Quartermaine (Robert Palmer Watkins) tries to get his mom Tracy Quartermaine (Jane Elliot) to see reason. He tells her about the kidnapping, how they had to keep secrets, how even Dante couldn’t know. But Tracy isn’t having it. She’s over Luke Spencer (Anthony Geary) and can’t put herself through the turmoil anymore. It doesn’t hurt she has a new toy to distract her with Paul Hornsby (Richard Burgi).

Laura Spencer (Genie Francis) will get some important information – first that Jake Doe (Billy Miller) is Jason Morgan and second why Nik had to take over ELQ. He’ll explain that Helena Cassadine (Constance Towers) was siphoning money off of the family fortune to fund her schemes and it’s left them pretty broke – at least by Cassadine standards.

Nik also tells her that Lucky Spencer (Jonathan Jackson) delivered little Jake Spencer (James Nigbor) back to Liz Webber (Rebecca Herbst) then took off out of town again. Meanwhile Luke chats up their other kid Lulu to break her the news about little Jake being alive and some other goings on with him since they last saw each other during the Lucky kidnapping crisis.

Jake will go see Carly. Did Liz task him with telling Carly that little Jake is alive? Meanwhile Liz brings little Jake to see Patrick Drake (Jason Thompson) for a check-up at GH. Liz wants to make sure her kid is healthy and Patrick will be absolutely stunned. Liz will have questions about how Helena could have stolen him from the hospital and what happened with the kidney transplant.

Later, Carly will bring Josslyn Jacks (Hannah Nordberg) in for another checkup in the wake of this news – whose kidneys does her kid have? Are they healthy? How did Helena pull this coup off and sneak kidneys in and little Jake out? Helena is rumored to come back to Port Charles in coming weeks for a short stint to reveal Rosalie Martinez’s (Linda Elena Tovar) secret, maybe we’ll get answers then.

Just a hot moment from today’s #GH for your viewing pleasure. pic.twitter.com/n7MhloaO34

And now that there was a shooting over at the Corinthos place, everyone assumes it was Julian Jerome (William deVry) that did it. Granted he was shacked up at the MetroCourt having hot day sex with Alexis Davis (Nancy Lee Grahn) at the time, but that doesn’t mean he didn’t order it. Except that he didn’t order it. Both Alexis and Sam Morgan (Kelly Monaco) will suspect him.

Who fired the shots at Sonny Corinthos’ (Maurice Benard) men? The most likely choices are Ava Jerome (Maura West) or Brad Cooper’s (Parry Shen) Asian mobster family. Tune in to see what happens then head back to CDL for more “General Hospital” spoilers, gossip and more!