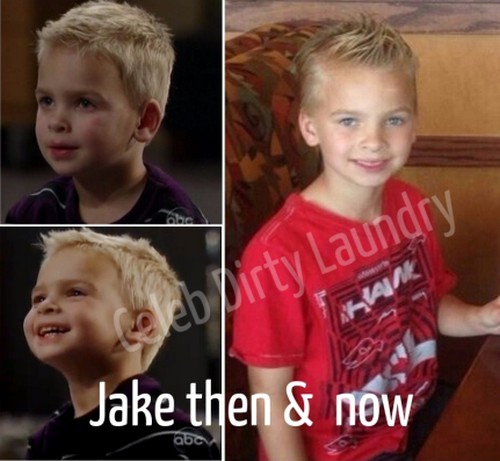 Check out these hot “General Hospital” spoilers for the Monday July 13 episode of the hit ABC soap. Can’t wait for it! First, now that Ava Jerome/Denise DeMuccio (Maura West) and Franco (Roger Howarth) are teamed up, Franco’s wasting no time. Franco goes to his dad Scotty Baldwin (Kin Shriner) looking for evidence about Sonny Corinthos (Maurice Benard) they can use to take the mobster down so Ava can get little Avery back. Pretty convenient since Scotty wants to take Sonny down too.

Liz Webber (Rebecca Herbst) is super surprised to see Lucky Spencer (Jonathan Jackson) alive and well at her door. She tells him she was just at the hospital with Carly Corinthos (Laura Wright) and asks if he can believe it’s been five years since their son little Jake Spencer saved Josslyn Jacks (Hannah Nordberg) from certain death from cancer. Lucky says, thing is, Jake didn’t save her.

Then Lucky reveals that little Jake is alive. Liz is stunned as heck and now she has one more huge factor tipping the scales on why she should tell Jake Doe (Billy Miller) that not only is he Jason Morgan but he has not one kid, but two – little Jake with her and little Danny Morgan with Sam Morgan (Kelly Monaco). That would thrill Jason/Jake going from no family to lots of it.

Laura Spencer (Genie Francis) goes to see Nikolas Cassadine (Tyler Christopher) to fill him in on the kidnapping of Lucky and discovery of little Jake, but is this really news to the newly-evil Nik? Did he really not know about any of this or was he fully involved in all of it? And if Nik wasn’t participating, did he at least know and was keeping it a secret from people he supposedly cared about?

Laura will also find out that Jake is Jason but will keep the secret. What is wrong with these people? Big Jake will run into Monica Quartermaine (Leslie Charleson) over at the Q mansion and the two will chat it up like they’ve known each other for years. Almost like they’re old friends, or maybe even family. Strange, right? When will people start to figure this out?

Sonny is making plans over at Corinthos mob central, some mob-related and some less nefarious. First, he wants to propose and take Carly down the aisle yet again. Second, he wants to get his hands dirty and start running his crime syndicate again. It’s just in time since someone will be making a move on his territory soon but Carly doesn’t want him back in the crime business – as usual, that won’t stop him.

At the loft, a tearful Lulu Spencer (Emme Rylan) confronts Dante Falconeri (Dominic Zamprogna) and tells him that Carly told her that he was making out with Valerie Spencer (Brytni Sarpi). He has to admit it’s true but stops short of confessing they also had sex. He plays it off saying he only did it because he thought she was having dirty Canadian sex with Dillon Quartermaine (Robert Watkins).

Lulu will have to live with that since she brought it on herself by lying and leaving town with Dillon. But when she asks Val about it, will Val stick to the story? Val will in the short run, but that baby bump that crops up soon won’t lie and Dante will have some more explaining to do to his infertile wife. Things are going to get interesting in the Falconeri household in months to come!

Don’t miss a moment of Monday’s show then be sure to come back to CDL for more “General Hospital” spoilers, news and gossip.