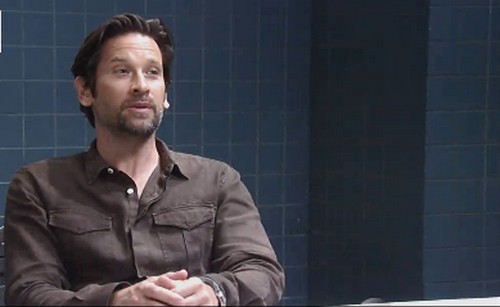 Check out these “General Hospital” spoilers for the Wednesday, August 5 episode of the hit ABC soap. Now that Hayden Barnes (Rebecca Budig) is awake but not offering answers, Sam Morgan (Kelly Monaco) is frustrated. Sam thinks Hayden is messing with Jake Doe (Billy Miller) for sport and she’s so upset Patrick Drake (Jason Thompson) can see that she’s upset. Patrick wants to help her talk it out but will he try and defend Hayden based on his experience with head injury patients?

Denise DeMuccio aka Ava Jerome (Maura West) is very, very upset when news of Silas Clay’s (Michael Easton) murder breaks on TV. Julian Jerome (William deVry) wants to know why she’s so bothered by the news since, as far as he knows, Denise has no reason to know or be concerned with Silas. Denise tries to play it off as being about Kiki Jerome (Hayley Erin).

Denise and Julian are both keeping big secrets about their activities. Will the siblings come clean to each other at last? Is Ava ready to tell her brother that she’s alive and well? Denise is no doubt concerned because she has to know that Morgan Corinthos (Bryan Craig) is the likely culprit in Silas’ murder. If it wasn’t Denise, it was surely her young lover.

Kiki is at the PCPD wailing some more (her crying is really not great) to Dante Falconeri (Dominic Zamprogna) and asks him what she needs to do. Kiki is convinced that Franco (Roger Howarth) is the culprit, but we know he’s not. The problem is that there are no fingerprints on the knife and there will be no physical evidence to tie Franco to the crime.

Commish Jordan Ashford (Vinessa Antoine) has Franco in interrogation and wants to know what went down at Silas’ place. Franco will, of course, not admit that Nina Clay (Michelle Stafford) was anywhere near there. Jordan will have to let Franco go since there’s no evidence but will his dad Scotty Baldwin (Kin Shriner) think Franco is back to his old ways or believe in his son’s innocence?

Carly Corinthos (Laura Wright) comes back from her confrontation with Denise. Morgan tells Carly he wants her to leave this alone but Carly won’t back down. Carly wants Morgan to stop seeing Denise and he will agree, but won’t really stay away. Carly doesn’t trust that Morgan can keep his hands off Ava’s doppelganger and will keep a closer eye on him from now on.

Sonny Corinthos (Maurice Benard) sits down with the other New York mob bosses to find out who’s after him. Will they claim they don’t know or could the bosses be in cahoots with PC’s new power player – and who is it? Someone old perhaps, back from retirement or the dead? Or someone closer to home like Julian – is that his big secret?

The main focus of Wednesday’s episode will be Silas’ murder and the emerging whodunit. Watch then head back to CDL for more “General Hospital” spoilers, gossip and news.