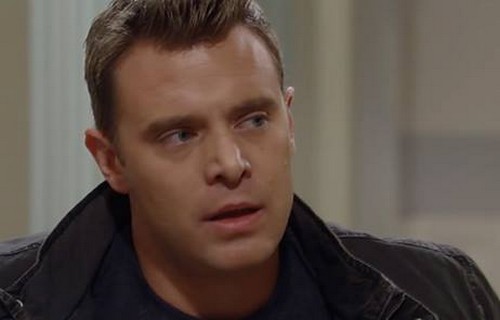 Check out these hot “General Hospital” spoilers for the ABC soap for Tuesday, March 10. On Monday, after Silas Clay (Michael Easton) told Ava Jerome (Maura West) that she’s dying, we find out that it’s cancer. When Silas fixed her up after her tragedy – he found lymphoma. It’s a blood cancer and in late stages, as Ava has, can be treated with stem cells from bone marrow. This makes Kiki Jerome (Hayley Erin) the natural donor choice. But Silas cuts short her hope by telling her that he already looked at all of the donors he evaluated for Danny and found out none were a match. Of course as CDL has postulated, Kiki is NOT Ava’s daughter but Nina Clay’s!

Rumor has it this will lead to further testing that will reveal that Ava is not Kiki Jerome’s (Hayley Erin) mom. Remember that Nina Clay (Michelle Stafford) was pregnant when she fell into a long coma courtesy of her evil mother Madeline Reeves (Donna Mills)? “General Hospital” gossip indicates that Nina gave birth to a baby girl while in her coma and did not miscarry as she was told. Nina’s baby was given to Ava Jerome (Maura West) to raise. That’s why Nina thinks Ava owes her a baby and stole little Avery.

Shawn Butler (Sean Blakemore) will observe Jake Doe (Billy Miler) with Julian Jerome (William deVry). This information will send Sonny Corinthos (Maurice Benard) back to Carly Corinthos (Laura Wright) to tell her that Jake was just using her to get info on Sonny for Julian. This will put Carly in a tight spot because she knows Jake is undercover for Commissioner Sloane (Grayson McCouch), but she won’t be able to tell Sonny about Jake’s deal. Instead, Carly will make excuses for Jake then will reach out to Jake to warn him.

Ric Lansing (Rick Hearst) will also try to leverage the information about Jake being in the Jerome mob to win Liz Webber (Rebecca Herbst) back by letting her know that Jake is a mobster. However, this won’t turn Liz off – in fact, it may intrigue her further. We know Liz has a taste for the bad boys, after all. But Liz will use the mob info as an excuse to get closer to Jake by telling him she knows what he’s into and she only wants to help. Really, Liz just want to help him get undressed. And she may well succeed.

Damien Spinelli (Bradford Anderson) revealed that all he has on Patricia Spencer is an old address but that’s enough to send Tracy Quartermaine (Jane Elliott) and Lulu Falconeri (Emme Rylan) rushing over. But will Luke Spencer’s (Anthony Geary) escape from Shadybrooke stop them from looking up the mystery sister? The big questions here are where will Luke go first and who will he terrorize? Also will Nina and Franco (Roger Howarth) be locked down too tight to escape now that Luke used them? Nah. Rumor has it they’ll be breaking out of Shadybrooke as well very soon much to the dismay of Nathan West (Ryan Paevey) and Dante Falconeri (Dominic Zamprogna).

Yesterday, in the biggest serving of karma ever, Michael Quartermaine (Chad Duell) tells his dad, mom and brother that he’s going to call little Avery Jerome Corinthos “AJ” for short. Ha! Don’t get me wrong, I love Sonny, but you have to let Michael enjoy a bit of revenge. Rumors are swirling that when Luke comes for Tracey, he might come across baby Avery and take off with her. So many plots surrounding such a little baby!

And speaking of babies, just as Maxie Jones (Kirsten Storms) made it clear to Nathan that she wants to be with him and they head off for a romantic evening alone, she and Damien Spinelli (Bradford Anderson) will get a distress call about their daughter. They’ll rush to be with her and this trauma will shake Maxie up enough to finally admit that she still loves Spinelli. Maxie will talk to Lulu about it and she’ll want to see Spixie back together so they can all be happy young parents together.

Today’s episode promises to be edge of your seat. Tune into ABC then check back with CDL every day for tons of “General Hospital” spoilers and rumors.