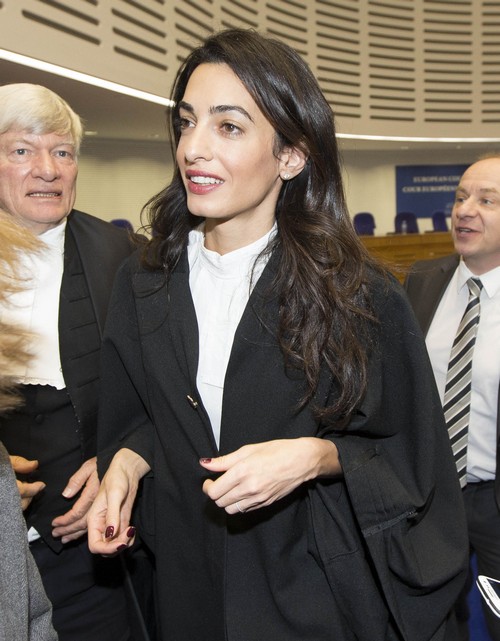 Is George Clooney and Amal Alamuddin’s marriage over already and heading towards divorce? America’s Bachelor George Clooney shocked the world when he finally settled down in 2014 and married Amal Alamuddin, a British-Lebanese attorney hailing from Beirut, Lebanon after years of debauchery and a steady parade of girlfriends. Some of the media was instantaneously infatuated with the new Mrs. Clooney, and Barbara Walters even named Amal Alamuddin the “Most Fascinating Person” of 2014 for reasons that remain confusing. The problem with having your marriage under a magnifying glass – is the world knows when there is a first sign of trouble. And, there is rumored trouble in George Clooney’s relationship.

The February 2nd edition of OK! Magazine reveals that Amal Alamuddin is unhappy with struggling to fit into Hollywood, and already second-guessing her decision to marry George Clooney. According to their inside source, “Amal feels like this is not what she signed up for. She and George had a very short courtship, and Amal thought he was this glamorous international gentleman. Now, she is seeing a different side. Four months in to the relationship, Amal is seeing a whole new George – the one who behaves like a Hollywood playboy, dated bartenders and women lie Stacey Keebler, takes Hollywood too seriously, and is more of a typical American guy than the James Bond type she thought she had married.”

Amal’s issues with George’s lack of class and sophistication are really just the tip of the iceberg. When she said her “I Do’s” in a Fall wedding to the actor, she assumed the next step in their whirlwind relationship would be to get pregnant and start a family – but apparently she and George Clooney are not on the same page when it comes to babies. According to OK! Magazine, George promised her they would start trying for a baby as soon as they were married – now Clooney has changed his tune and thinks they should wait a year. Honestly, if George can see the writing on the wall, and knows their marriage is doomed – he should probably get points for not bringing an innocent baby in to the world amidst a messy divorce.

Do you think that Amal and George’s relationship is doomed and headed to divorce, or are they in it for the long haul? Why is George Clooney stalling and not trying to have a baby with Amal if the marriage is okay? Let us know what you think in the comments below!