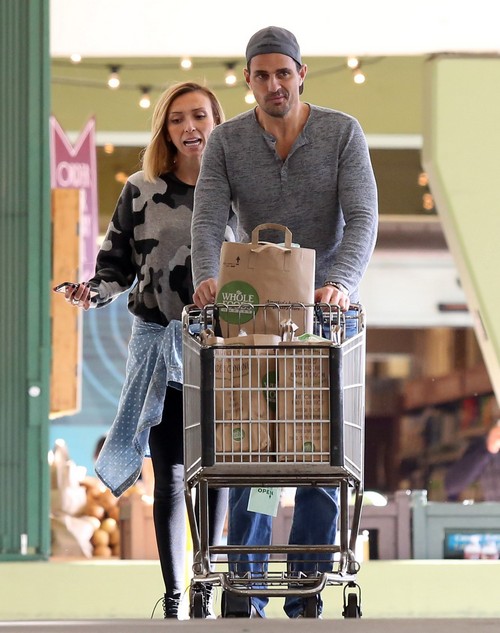 Will Giuliana Rancic’s vile racism on The Fashion Police ruin her marriage and lead to divorce? Giuliana Rancic and Bill Rancic are one happy couple right now, aren’t they? Sorry, I meant the exact opposite of that. Bill and Giuliana were pictured walking around in LA on March 21, and boy, did they look unhappy. Can you blame them, though, knowing what they just went through? Or rather, what Giuliana indirectly put them through?

As everybody knows by now, Giuliana Rancic inadvertently caused the Fashion Police to shut down when she made those racist comments about Zendaya’s dreads. The backlash was swift and severe, Kelly Osbourne spoke out and got fired, and then Kathy Griffin soon followed suit and quit. And then, E! had no choice but to shut down the show, at least temporarily.

Obviously, that means that Giuliana Rancic is out of a job right now, but even if the show comes back, it’s very very unlikely that Giuliana will return to it. The show is simply not going to risk that level of negative backlash, just to bring her back. So that means that whichever way you cut it, Giuliana Rancic is out of a job. Well, she still has her E! news job, but she’s out of a lucrative contract, and that’s gotta sting for everybody – including her husband.

On top of that bad news, there are rumors that Giuliana and Bill are having troubles – again – with their marriage. Radar Online’s sources even claim that Bill wants to move to Chicago, explaining, “His mom and sister are in Chicago, and that is where he wants to be, with or without Giuliana.” Plus, Bill has apparently given Giuliana an ultimatum about choosing her family over her job, but at the end of the day, will she do it? She has less keeping her in LA now, but after the Fashion Police controversy, can she afford to ditch her E! contract and move somewhere else?

What do you guys think? Will Giuliana Rancic and Bill Rancic get a divorce? Will they stay together? If Giuliana decides to stay in LA, will Bill follow throw with his ultimatum and hand her a divorce? Let us know your thoughts in the comments below.