Iggy Azalea Pregnant Allegedly: The True Reason Behind Her Tour Cancellation And Refusal Of Alcohol? 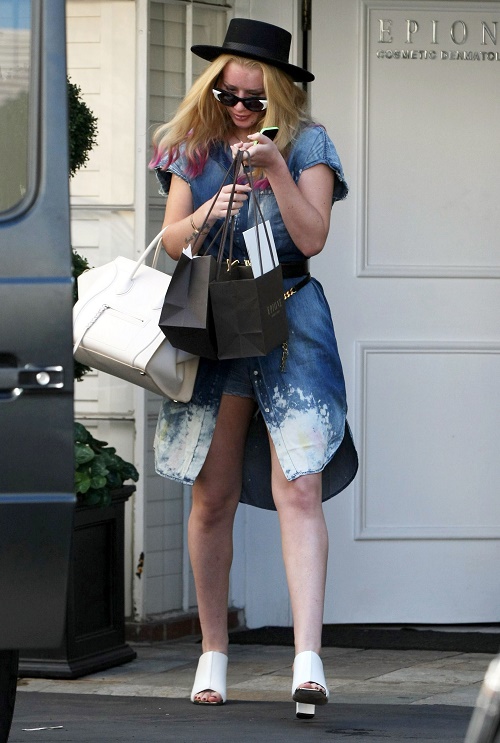 Is Iggy Azalea pregnant? The ‘Fancy’ rapper surprised fans by canceling her first arena tour just days before her boyfriend, Nick Young, proposed. Iggy happily accepted and posted pics of her engagement ring, but when her behavior changed, people started asking: Is Iggy pregnant and is a baby the real reason the singer cancelled her tour and quit drinking? Is she ready to be a mom?”

Iggy canceled her US tour, and rumors began to swirl that low ticket sales were to blame. Azalea cited that she opted to axe the tour because she needed some time off saying, “Mentally, to be honest with you, I just feel I deserve a break. I’ve been going non-stop for the past two years, nearly every single day.”

Could Iggy’s exhaustion be a sign of her pregnancy? Maybe. It could also be hard-working woman taking a break, but things get a bit more interesting when Iggy also refused to indulge in alcohol. Azalea reportedly quit drinking, blaming exhaustion again, but pals think she might be preparing to be a mom.

The tour cancellation, followed by Iggy’s new aversion to alcohol was joined by Nick Young’s proposal. Young got down on one knee during his 30th birthday party. Azalea quickly accepted, posting the pic of her engagement ring on social media and tagging it “Happiest Day #Isaidyes.”

The couple started dating in 2013 before Iggy climbed charts and Nick enjoyed the ride with her. Nick moved in with Azalea last fall and they have survived two years of ups and downs, together. Some reports suggest Nick wants a “traditional wife” to be at home with the family, and had previously made it clear to Iggy if they were going to get married, she would need to cut back on working. Young allegedly insists Iggy take a break to be a wife and possibly a mother. I hope he realizes this isn’t the 1950s, but a source allegedly explained, “She wasn’t willing to gamble. She’d take Nick over the tour any day.”

What do you think? Is Iggy Azalea pregnant? Did Nick Young make her pick being a wife and mother over her own successful career? Let us know in the comment section below.