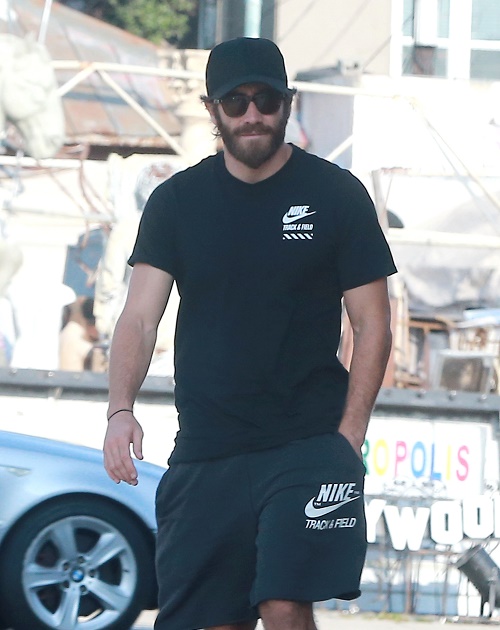 Jake Gyllenhaal is reportedly dating Dakota Johnson…again (or still). It seems like every other week Jake Gyllenhaal is being paired up with another celeb and romantically linked to her by the media. Frankly, we were really rooting for Jake and Susan Sarandon, but alas that relationship seems to have fizzled out (that is, if it ever existed). According to a new report, Jake is dating his ex Dakota Johnson again – but this time it is the real deal and they are SO in love.

Jake Gyllenhaal and Dakota Johnson were on what appeared to be a very romantic dinner date over the weekend at a Hollywood restaurant – and witnesses at the establishment are blabbing to every tabloid that will listen about Jake and Dakota’s date. An insider dished to Radar Online that Jake and Dakota tried to slip out the front door and the back door to keep their relationship on the down low – and they shared longing glances at each other before exiting opposite ends of the restaurant. So romantic…

Jake Gyllenhaal is a pimp; if he is trying to keep his date a secret, it’s most likely because he went on three other dates that night. Then again, Jake was reportedly devastated when he and Dakota broke up the first time – so maybe the prolific bachelor is ready to chase his ways and finally settle down. But, if that were the case, then why was he trying to keep his romantic dinner date with Dakota Johnson a secret? If you are ready to settle down and go out for a romantic meal with the woman you supposedly love, you don’t try to keep it a secret.

What do you guys think? Are Jake and Dakota dating for real? Or is she just another one of the many ladies in the actor’s life? If they are dating, why were they trying to keep their night out a secret? Let us know what you think in the comments below!