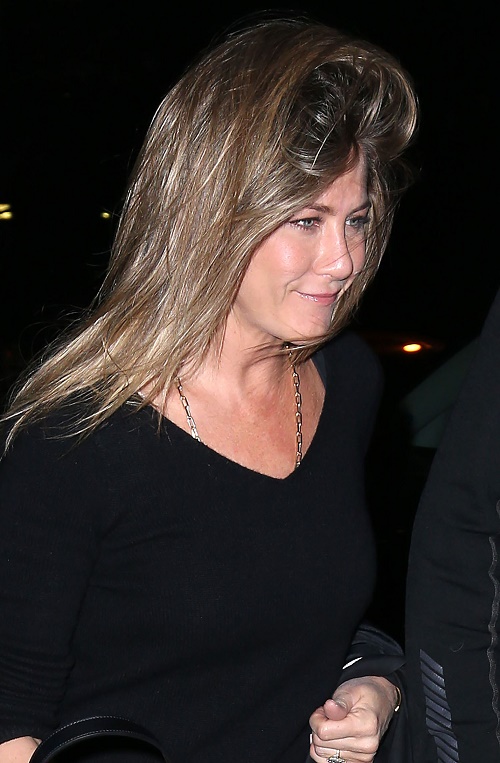 Jennifer Aniston and Julie Roberts’ feud has spanned decades – although no one is really certain when it started or why, although rumor has it they were fighting over Matthew Perry. Regardless, one thing is for certain: for many years the two actresses refused to work with each other on a movie together and share the limelight. According to a new report, Jen and Julia have finally buried the hatchet, or at least have pretended to, and they are working together on a new film – “Mother’s Day.”

Back in the good ol’ days when “Friends” was the reigning sitcom on TV, Julia Roberts was dating Aniston’s co-star Matthew Perry. Julia infamously dumped Perry for her personal trainer and broke his heart, and his over-protective pal Jennifer Aniston never really forgave Roberts. In Julia’s defense, she was none too pleased with Jennifer Aniston because she was meddling in her relationship with Perry from day one.

When you think about it, and take into consideration the number of movies both Jennifer and Julia have under their belt – it really is strange that they have never crossed paths on the big screen before until now. According to OK! Magazine, both Julia and Jennifer have put their differences aside and finally signed on to do their very first movie together after decades of feuding. An insider dished to OK! Magazine that Jennifer and Julia have been working hard to appear to be on the same team, to minimize any bad press for the upcoming Garry Marshall film. “They have begun arranging lunches and public outings to signal that they are cool with each other.”

Production isn’t taking any chances, though they are going out of their way to make sure that Jennifer and Julia don’t have to spend any time together when the cameras aren’t rolling, and they are going above and beyond to ensure there is no bad blood between the two actresses on set.

Do you think that Julia and Jennifer will be able to work together peacefully? Or is it only a matter of time before they begin arguing on set of their new film? Let us know what you think in the comments below!