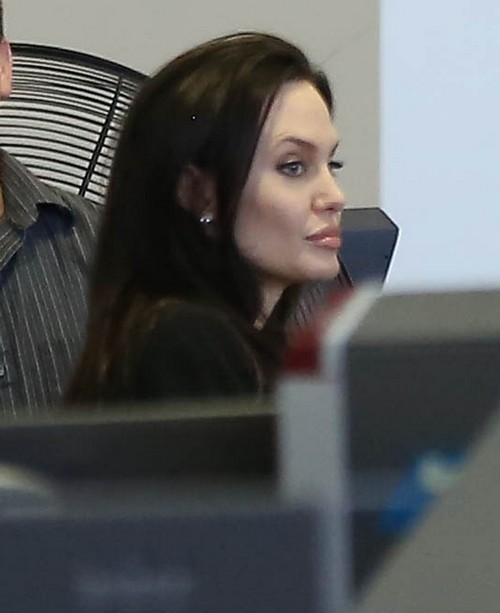 Did Brad Pitt and George Clooney snub Jennifer Aniston and refuse to attend her wedding? Jennifer Aniston and her husband Justin Theroux tried to pull a fast one and finally got married after a three year long engagement in their Bel-Air backyard, they lied and told pals that the nuptials was just a 44th birthday party for Justin. Of course there were some famous faces spotted arriving at the super secret wedding, including Lisa Kudrow, Chelsea Handler, and Howard Stern. But two celebs that were noticeably missing were Jen’s pal George Clooney and her ex Brad Pitt.

In one of the various reports over the course of the past year that insisted Jennifer Aniston was planning her wedding, a source dished that she had buried the hatchet with Brad Pitt and Angelina Jolie and planned on sending them an invitation as a peace-offering. But, it looks like Brad and Angie’s invite must have gotten lost in the mail – or they totally snubbed Jen and Justin.

Angelina Jolie despises Jennifer Aniston, and it is no secret she is still jealous of Jen even though she and Brad were married over a decade ago now. So, the odds of Angie allowing Brad to attend the wedding are slim to none. Then again, maybe Angelina Jolie could care less. Maybe Brad is the one who opted not to attend after news broke last month that Jennifer Aniston had cheated on him when they were married with her Friends co-star Matt LeBlanc. Even if Brad knew about the affair back then – it certainly must have dug up some not so great feelings.

George and Jennifer Aniston have always been close, despite the fact that she was no longer married to his pal Brad Pitt. But, George Clooney is a guys’ guy – and at the end of the day if he ever were forced to take sides, we all know he would wind up on Brad’s side. There was no way George Clooney was attending Jen’s wedding if Brad wouldn’t be there. Even if he wanted to, we’re pretty sure his wife Amal Alamuddin is WAY too good for back-yard weddings.

Do you think that Jen invited Brad? Why didn’t he come? Did Angelina Jolie forbid it, or is he still upset over the Matt LeBlanc cheating scandal? Let us know what you think in the comments below!