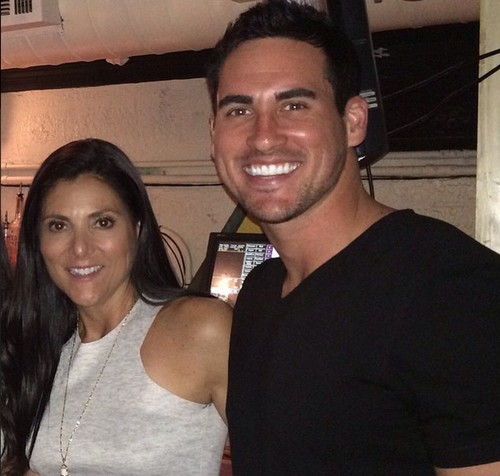 Will Andi Dorfman’s ex Josh Murray be the Bachelor 2016? If ever there was a “Bachelor Type,” – it would have to be the Season 10 winner and former fiancé of Andi Dorfman, he is a reality TV producer’s dream come true and conveniently single again and on the prowl. Josh Murray recently took to social media and announced that he was ready to mingle, while simultaneously confessing that he takes his dog to the park to try and pick up girls. According to Bachelor blogger Reality Steve’s latest spoilers, the Bachelor producers are seriously considering casting Josh Murray as the 2016 Bachelor, and they are currently in discussions.

Josh Murray was an innocent bystander in Andi Dorfman’s quest for fame, and during the Bachelorette finale it became very clear that Andi was not looking for a husband, just a co-star in her showmance. Since the couple’s messy break-up in January, Andi has been trying desperately to remain relevant, and Josh Murray went back to his old life in Atlanta. If anyone deserves a second shot at finding love, it would have to be Josh Murray.

Generally the Bachelor 2016 producers select the next Bachelor out of the pool of guys that are currently competing on Kaitlyn Bristowe’s season of The Bachelorette. But, let’s be honest – we all met them last night on the Season 11 premiere of The Bachelorette, and they aren’t exactly oozing Bachelor charisma. Maybe we are just a little bias, and we desperately want Josh Murray to be the next Bachelor because it would be the ultimate karma for Andi Dorfman. Think about it, Andi used Josh to try and become famous. Her plan totally backfired, Josh kicked her to the curb, and then he got to be the next Bachelor and got all of the fame and fortune she was hoping for.

What do you think Bachelor fans? Should Josh Murray be the 2016 Bachelor? How will Andi Dorfman react? Let us know what you think in the comments below and don’t forget to check CDL for all of your Bachelor and Bachelorette spoilers and news!