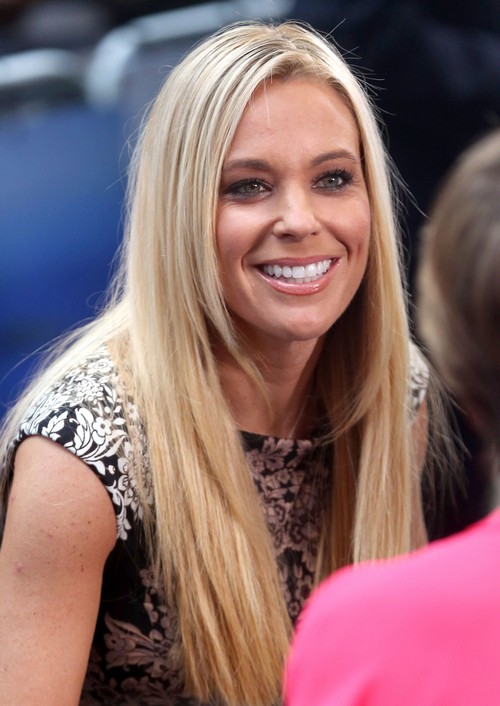 Kate Gosselin has a new sugar daddy boyfriend, and he is filthy rich! Maybe now the Kate Plus 8 star can stop pimping her children out on reality TV to pay her bills. According to a new report, Kate Gosselin was spotted out and about with her new man – Jeff Prescott. Of course, Jeff isn’t just any blue-collar worker or average joe, he just happens to be a millionaire.

TMZ reveals that Jeff spoiled Kate Gosselin all over Philly this week – and was dropping money on the reality TV mom left and right. The site goes on to say, “Kate’s new sugar daddy, millionaire businessman Jeff Prescott, romanced Kate a few days ago at the uber-fancy Talula’s Garden in Philly. Prescott was doting over Kate during their meal, even walking her to the bathroom. And when dinner was over, they drove to Valley Forge Casino, where he flashed Benjamins left and right.”

Ironically, while Kate was in Philadelphia keeping her new boyfriend Jeff Prescott company while he dropped stacks all over the city – her ex-husband Jon Gosselin was busy trying to take legal action against the mother of eight, and determined to shut down filming of her TLC reality TV show. Just this week news broke that Kate’s 11 year old daughter Hannah went to live with Jon and he called Child & Youth Services on her, because Kate was allegedly forcing the kids to film even though they didn’t want to. Kate obviously wasn’t too broken up over the incident, because she went and partied in Philadelphia with her new boyfriend.

The good news is – now that Kate Gosselin has a sugardaddy, she won’t have to force her kids to film their Kate Plus 8 reality TV show so she can afford to feed them. Do you think Jon Gosselin will eventually get the rest of the kids too? Is either of them really fit to be parents of eight kids? And, what do you think of Kate’s new boyfriend? Let us know in the comments below!