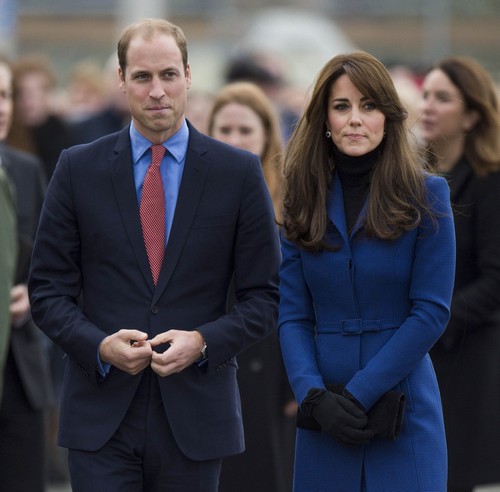 Kate Middleton has transformed herself from a commoner, to a full-fledged powerful royal. Thanks to the Duchess of Cambridge’s maneuvers in the royal family, Kate has aligned herself with Queen Elizabeth, securing her position in power in spite of her crumbling marriage to Prince William.

Supported by her social-climbing mother, Kate Middleton clawed her way into the royal circle by putting off her education for a year and switching schools. By switching plans to attend Edinburgh University so she could be closer to Prince William at St. Andrews, Kate nabbed the second heir to the throne, but not without problems. In 2007, William dumped Middleton to pursue his real love, Isabella Calthorpe.

The Middleton’s won’t forget the fact that Kate is William’s second choice and keep a close eye on the Prince. In fact, the royal couple secretly separated during the Duchess’ second pregnancy. It was a power play that worked in Kate’s favor, as Queen Elizabeth summoned Middleton and William to Balmoral and sorted the two out.

After the temporary split, Princess Kate began controlling Prince William’s entire life. The Duchess of Cambridge gave birth to Princess Charlotte, and continued the show of unity as if the royal couple had not separated for an entire month. After Princess Charlotte’s birth, Kate retreated into a 4 month long maternity leave and began turning down invitations to weddings, parties, and trips with friends on Prince William’s behalf.

More problems in Kate and William’s relationship began to chip away at the royal couple’s marriage. The Queen, tired of Kate’s meddling family, banished Carole Middleton from further interfering in royal protocol. Without Carole’s support, the royal family effectively pulled another Prince Diana on Kate. However, Kate is smart and has made a move to ally herself with Queen Elizabeth instead of rising to her challenge.

As Queen Elizabeth grows older and looks at passing the crown on, Kate wants to ensure she will have power as Prince Charles and Camilla Parker-Bowles take the throne. By establishing herself as a powerful force now, she will be more likely to stand her ground – with or without the support of Prince William – when Prince Charles becomes King.

Camilla, who Kate has long been rumored to have endured bad blood with, will essential become Queen, depending on what titles Prince Charles decides to reward her with. The Duchess is savvy enough to know she won’t be able to rely on Prince William, and has begun establishing herself as powerful royal player without the support of Prince William.

What do you think of Kate Middleton’s latest move? Will allying herself with Queen Elizabeth be enough to secure her position and power? Let us know what you think in the comment section below.