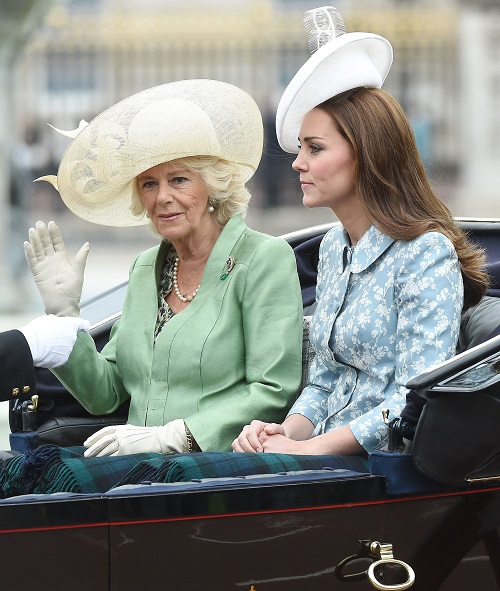 Kate Middleton’s parents, Carole Middleton and Michael Middleton, were on a fast track to a divorce just a few months ago. But the meddling Duchess of Cambridge managed to find some time in between raising Prince George and Princess Charlotte to play mediator because, as of now, it looks like the marriage has been saved. And she did it just in time – because this month the Middletons are celebrating their 35th wedding anniversary.

According to the July 6 edition of Star Magazine, “The couple’s stormy relationship left Kate dreading that her parents would split like Prince William’s mom and dad [Charles and Diana]. So the Duke and Duchess devised a clever plan to mend the troubled marriage: rekindle the fire with a couples retreat to Wood Farm, a romantic cottage on the Queen’s Sandringham Estate.”

Normally, the Queen would frown on sharing with the commoner Middletons, but she probably caved because she would rather have them spend the night in her cottage than run the risk of the Middletons going through a messy and public divorce that would no doubt embarrass the Royal family.

Kate pulled out all of the stops for her parents’ romantic getaway, which included a catered dinner and enough champagne to get a small village drunk. Star Magazine teases that Kate’s plan went off without a hitch – and now Carole and Michael Middleton are better than ever before – a divorce is the last thing on the happy couple’s mind. They reportedly have scheduled date nights to make sure they never get back to that bad place again.

Do you think that Kate Middleton’s ploy just put a temporary bandaid on her parents’ marriage problems? Or are they truly back on track without any threats of a divorce in the near future? Let us know what you think in the comments below!