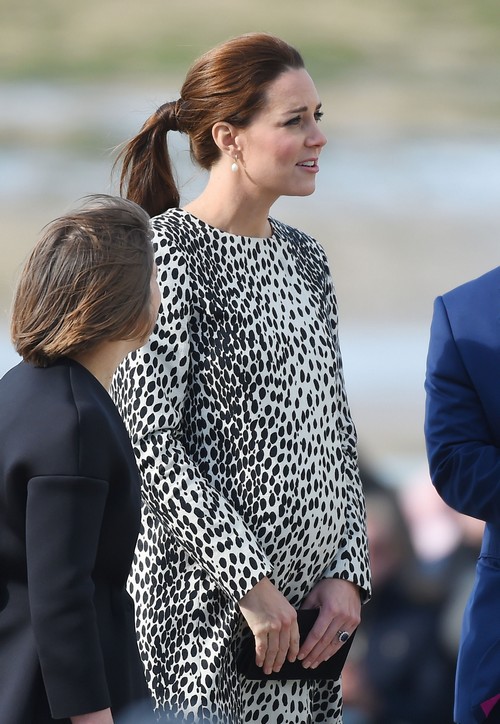 Kate Middleton is about to give birth, and that baby is about to become the root of royals versus Middletons part zillion. At CDL, we’ve covered [pretty extensively] the ongoing battle that the royals and the Middletons often engage in, especially when it comes to the prized trio, Kate Middleton, Prince William, and Prince George. Everybody knows that when the public thinks ‘royals’, they’re either thinking Queen Elizabeth or they’re thinking of Kate, William, and George – and now, the new baby.

So of course both the royal family and the Middletons are going to try their best to stake their claim on that poor baby, even before it’s born. We’ve already heard about how Carole Middleton is preventing the royals from spending too much time with Prince George, so they might be trying to prevent the same thing from happening with baby #2.

Plus, a report from OK! Magazine claims that Prince Charles is furious that the Middletons were the first to see Prince George when he was born, and he wants to make sure that things are different this time around. And unfortunately for Carole Middleton, both Prince William and Kate Middleton have reportedly agreed to let Charles have his way, only so that no more family fights break out.

Will and Kate have another think coming if they think this saga is going to go away so quickly, especially with the due date approaching so quickly. Carole might acquiesce to Will’s requests, but at the end of the day, both William and Kate have made it clear that their loyalties lie with Kate’s parents – and that’s not going to go down well with Prince Charles in the long run.

What do you guys think? Will the feud between the Middletons and the royals continue, or will the feud die down eventually? Let us know your thoughts in the comments below.