Katy Perry Getting Back With John Mayer To Upset and Wound Taylor Swift Before 2015 Grammy Awards? 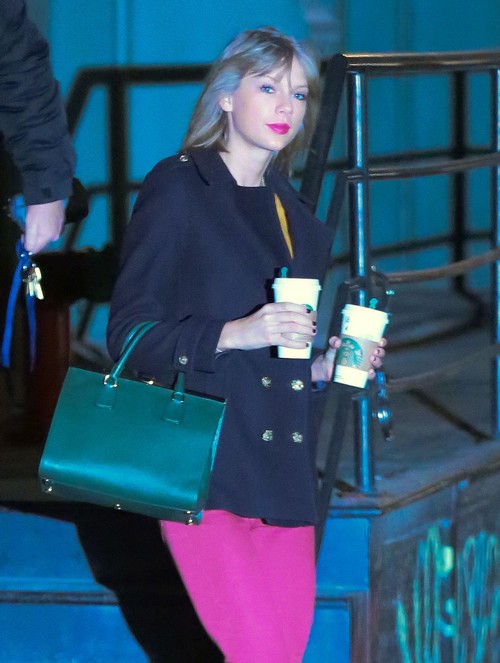 Even though Katy Perry’s feud with Taylor Swift has become public knowledge, most people forget that there’s one other thing they have in common: John Mayer. Both Katy Perry and Taylor Swift used to date John Mayer, although both of their relationships with him ended on very different terms. Could Katy Perry be dating John Mayer again just before the 2015 Grammy awards to upset and wound Taylor Swift in their ongoing celebrity feud?

In fact, Taylor’s relationship with John followed the stereotypical younger girl dates older guy cliche, and it obviously ended in heartbreak for her – which she then broadcast to the world via one of her songs, of course. However, Katy and John got back together several times before breaking up ‘permanently’ last February, although sources are now claiming that they are back together again.

Now, one could assume that Katy Perry is single and John Mayer represents comfort and familiarity for her. However, there are also conspiracy theorists that suggest that Katy has gotten back with John purely to get back at Taylor Swift. After several passive aggressive insults, Katy’s clearly ready to take their feud to the next level, especially since Taylor’s the one that went public with the feud in the first place.

There hasn’t been any official confirmation that Katy and John are dating again, but he reportedly spent several hours overnight at her place – and if that’s not them dating again, then that’s at least them hooking up again. However, it would be right up Katy Perry’s alley to get back together with John Mayer and start dating him again before the Grammy Awards. We all know Taylor Swift is going to be there, and it’s not like ex-boyfriend stealing is anything new to Katy – if she could hook up with Robert Pattinson after being ‘friends’ with Kristen Stewart, I’m sure hooking up with her enemy’s ex-boyfriend is cakewalk.

What do you guys think about Katy Perry and John Mayer dating again, and do you think that Katy orchestrated their reunion to get back at Taylor Swift? Let us know your thoughts in the comments below.