Keira Knightley Gives Birth To First Baby With Husband James Righton: Is It A Boy Or A Girl? 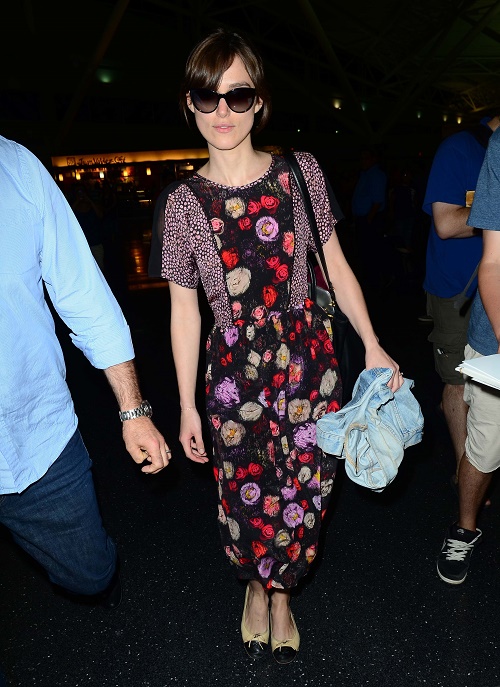 Actress Keira Knightley has officially welcomed her first child with husband James Righton. Multiple sources have confirmed that the Academy Award nominee has given birth, but at this time there is no further information on the baby. Us Weekly has also confirmed, through their own sources, that the news is in fact true.

Knightley and Righton went public with their relationship back in April 2011 and have been married since May 2013, when they celebrated their vows at a small intimate ceremony in France.

It looks like she succeeded in her plan. She also goes onto say that she was missing the luxury of having a drink. She said to the talk show host, “When can I drink? Please? I just want a margarita! What other moms can relate to that!?”

While there is no confirmation from either Knightley or Righton, both Us Weekly and E! News seem confident in their sources, and we are sure that there will be an official statement from either teams, or a combined statement, coming out in the near future.

One of Knightley’s close friends, Morten Tyldum, tells E! News, “She’s going to be a wonderful mom. She’s a wonderful person! She’s so sincere, so loving and her husband is great and they’re such a great couple.”

We will let you know when, or if any, new information is revealed regarding the sex of the baby, and the baby’s name. Until then, congratulations to Kiera Knightley and James Righton on their new bundle of joy.

Until we find out what the gender of the baby is, comment below on whether you think it’s a boy or a girl and we will see who is right.