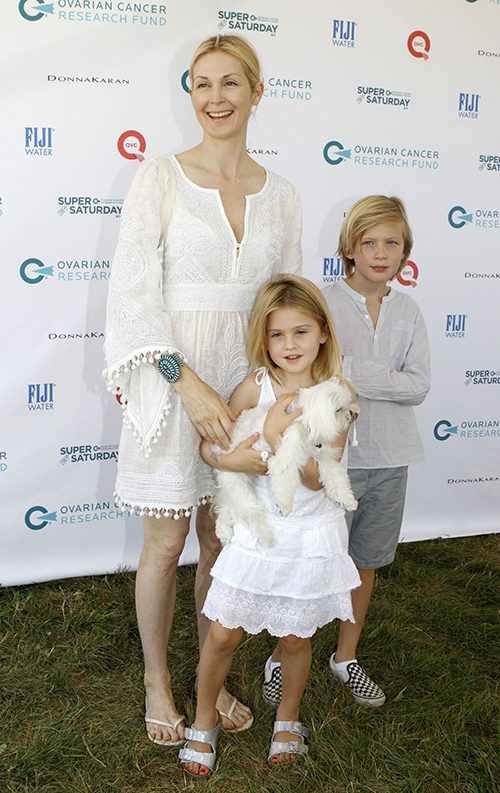 Kelly Rutherford has lost custody of her two young children. Kelly may never see the kids again. They’ve been sent back to live in Monaco with Kelly’s ex-husband, Daniel Giersch. Rutherford may never see Hermes and Helena again. Is the “Gossip Girl” actress broke and depressed?

TMZ obtained a written ruling handed down by the judge presiding over the custody case. The determination is that there is “a strong risk of the children’s abduction and retention in the United States.” Basically, the judge is convinced Kelly will do the same thing she did over the summer – refuse to send the children back to dad in Monaco after visiting mom in the United States.

Not only has Kelly lost custody of nine-year-old Hermes and six-year-old Helena, visitation with the kids must take place in either Monaco or France. Rutherford cannot bring the little ones to the United States. And that means Kelly may never see the children again. Kelly has admitted many times that the divorce and custody battle have left her suffering from severe depression. Will this latest ruling Rutherford into a tailspin?

Why wouldn’t Rutherford visit with the children she claims to love more than life itself? Kelly hasn’t been shy about telling anyone and everyone who will listen that this custody battle has cost every last nickel she has ever earned. All the money earned from “Gossip Girl,” every penny from Kelly Rutherford’s pension and stocks, has been spent on battling Daniel Giersch for custody.

Unless Kelly has money no one knows about, it’s unlikely Rutherford will be able to afford several roundtrip tickets for travel outside the United States. It’s not much of a stretch to see that if Kelly is broke, then visitation will be severely limited. Unless ex-husband Daniel will pay for plane tickets – and there’s no reason to believe the German businessman would – Kelly is stuck in America with no kids.

It has been an ugly four years for Kelly Rutherford, who was pregnant with the couple’s second child when Daniel Giersch filed for divorce. Kelly is probably inconsolable after the judge’s most recent ruling. How will the actress find the money to travel back and forth to visit with the children? How can Rutherford keep fighting for custody?