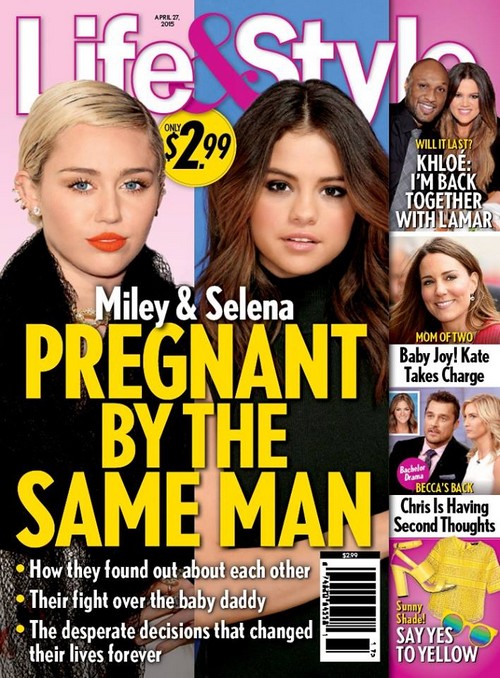 The latest cover issue of Life & Style Weekly suggests that Khloe Kardashian is back together with Lamar Odom, after several years apart. She and Lamar went through a difficult divorce a few years ago, largely due to Lamar’s substance abuse issues and his infidelity. However, even though he clearly wasn’t over Khloe, she filed for divorce and then spent the next year in a rebound relationship with French Montana.

However, Life & Style’s sources now claim that Khloe has gotten sick of French Montana and his famewhoring/golddigging ways, and has since gotten back together with Lamar Odom. The only question is – will it actually last this time, or is the relationship once again doomed to fail?

Life & Style also has a feature on Chris Soules’ unhappy engagement to Whitney Bischoff, and how Chris is supposedly having second thoughts about getting married to Whitney. Apparently, Becca Tilley is back in the picture, and since Chris’ connection to her was very apparent during the Bachelor, Whitney has started getting very jealous. Plus, Chris is not convinced that Whitney Bischoff is the girl for him, and he’s starting to question where his heart truly lies – especially without the pressure of the Bachelor forcing him towards making a certain decision.

And finally, Kate Middleton is about to give birth to her second baby and her first daughter, and St. Mary’s Hospital is reportedly in preparations to host the Duchess. Of course, Kate is ready for the birth, which is so far right on schedule. And once the baby girl comes, the royal press office will go into overdrive and start updating the public on everything – if the rumor mill doesn’t do it first.

What do you guys think? Will Khloe Kardashian stay with Lamar Odom for the second time? Will Chris Soules leave Whitney Bischoff for Becca Tilley? Let us know your thoughts in the comments below.