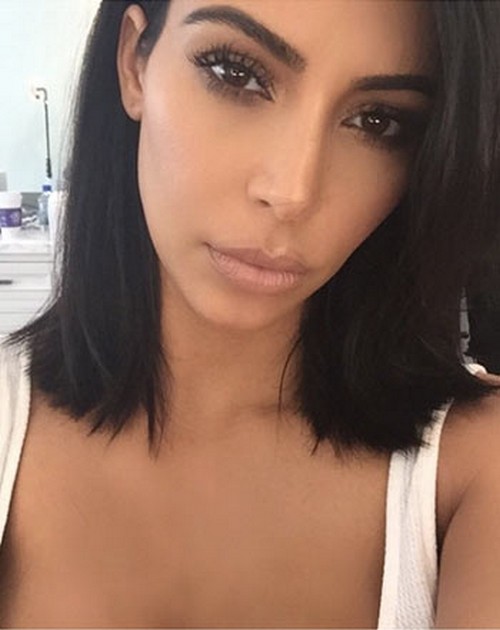 Kim Kardashian will divorce Kanye West and her recent short haircut provides a major clue to how she feels about her crumbling marriage. Kim Kardashian has chopped off all her hair, something that most people predicted she would never, ever do. I mean, Kim lives on vanity, and she had always claimed that her long hair was one of her best assets [among other things, cough]. But if she’s willing to take such a drastic measure and cut off her hair, then clearly she’s looking to make some big changes in her life. For example, removing the negative influences from her life, the biggest one being her husband, Kanye West by filing for divorce.

From day one, Kanye West has worn the pants in their relationship and then, their marriage. Kanye controls who Kim sees, who she talks to, who she hangs out with, and what she does. Kanye controls where she goes, how she handles her media, and more or less plays the role of her unofficial publicist. This has driven a wedge between him and the rest of Kim’s family, but that’s reportedly nothing compared to how Kanye reacted in private when Bruce Jenner’s big reveal about his transgender sex change came out.

See, Kanye West is a rapper. Having the world find out that your wife’s stepfather is getting a transgender sex change – and documenting it in a reality TV show where you might be featured – isn’t going to be fun. The rapper community is still fairly misogynistic and homophobic, and if Kanye wants to continue hanging around that crowd, it’s not going to work out for him in the long run, regardless of Kanye saying he is okay with Bruce’s transition. And obviously, this has just driven another wedge into the wonderful relationship between Kim and Kanye, since it’s so filled with love and respect. As Gossip Cop fails to understand, (a typical trait for the webloid), it isn’t whether or not Kanye accepts Bruce’s sex change that matters. It is whether or not his peers and rivals do. Such subtleties escape the outlet which is in the habit of copying CDL’s material.

Plus, Kim Kardashian has finally realized that she doesn’t need Kanye West to stay famous – not anymore. Through sheer stubbornness and her refusal to go away, she’s become a staple in our pop culture – and that’s going to stay whether she gets a divorce from Kanye West or not.

What do you guys think? Is Kim Kardashian’s new haircut a signal that she’s ready to make some big changes in her life, most notably getting a divorce from her controlling husband? Or is the haircut just that – a haircut? Let us know your thoughts in the comments below.