Kim Kardashian Divorce: Is Kanye West Forcing Kim To Risk Life and Get Pregnant With a Kimye Son? 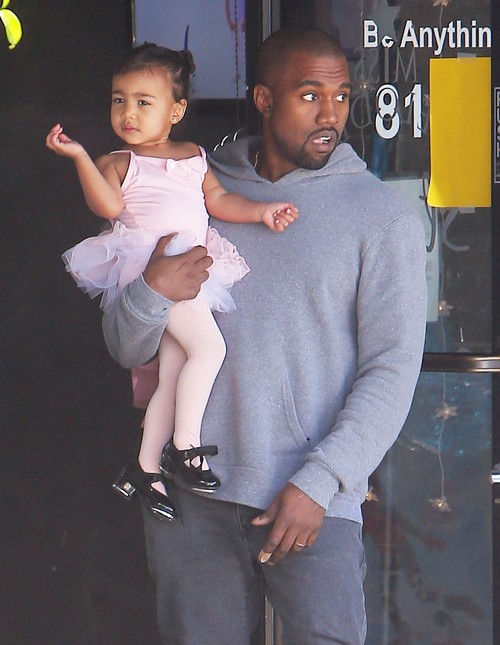 Kim Kardashian has discussed her pregnancy woes on Keeping Up With The Kardashians for two seasons now – and even confessed to her sister Khloe that she and Kanye are “having sex 100 times a day” trying to get pregnant. But, what Kim Kardashian neglects to mention when she talks about getting pregnant is that the reason she so desperately wants another baby and a little brother for North West is that she thinks it will save her marriage and put her imminent divorce at bay. Kanye West desperately wants a son, and Kim thinks that if she gives him one he will never leave her.

But, Kim is beginning to reconsider her baby plans – now that a doctor has informed her that getting pregnant again could be life-threatening. In a new promo for Keeping Up With The Kardashians Kim explained to her sister Khloe, “I spoke to Kanye about what our next plan should be and there’s one more procedure that I can do that would potentially make it easier for me to get pregnant.” Kim goes on to reveal that the reason she was so uncomfortable during her pregnancy with North was because her placenta grew on to her uterus, and if by miracle she does get pregnant with a second baby – a team of surgeons will have to be on hand to immediately remove her uterus after the birth.

Kim Kardashian is desperate to get pregnant and save her marriage – but she is beginning to contemplate whether or not it is worth all of the surgical procedures and health risks. The fact that Kanye West is adamant he wants a son, regardless of what Kim has to go through to get him one has her seriously reconsidering her “marriage” and wondering if it would be easier to just divorce the rapper.

Would you risk your life to get pregnant with a baby just to save your marriage? Is Kim Kardashian finally starting to realize that staying with Kanye West isn’t worth risking her life over? Let us know what you think in the comment section below!