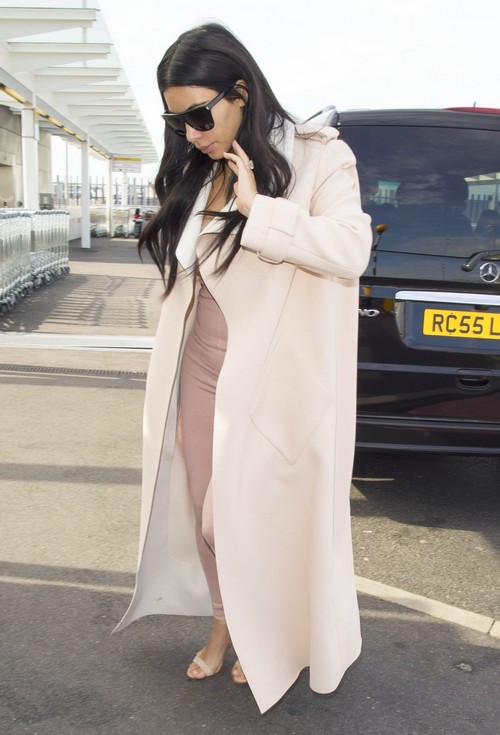 Kim Kardashian and Kanye West divorce rumors are back with a vengeance, and the couple’s marriage appears to be in serious trouble – despite the fact that Kim is currently pregnant with baby number two. Ever since Kim announced her second pregnancy her husband Kanye has been missing in action, and appears to have virtually abandoned his pregnant wife. When she stepped out in Cannes without Kanye at her side, it became clear that the rumors were true and Kimye’s demise was a serious possibility.

Kanye West ditched Kim when she was pregnant with North West, and the reality TV star spent the majority of her pregnancy solo, dealing with her morning sickness and raging hormones all by herself. Kanye West wanted a baby boy, and has spent the last year playing super husband while Kim tried to get pregnant again. But, just like clockwork – as soon as Kim finally conceived, Kanye West was OUT, apparently his work was done. Kim was overheard in Cannes last week ranting that she was sick of attending events by herself, and was furious that Kanye West never seems to be around when she is pregnant.

According to insiders, Kim Kardashian travelled to Glastonbury where her hubby Kanye West was performing a concert to support him and try to reconnect with him. But, Kim’s plan went awry when all hell broke loose in Glastonbury. Kanye was already in a horrible mood because someone from the audience hopped up on stage and interrupted his song “Black Skinhead” and made a complete mockery of him. But, then Kanye completely flipped a lid when he saw fans in the audience waving ginormous flags with screenshots of Ray-J and Kim’s sextape on them. Awkward!

On Monday, June 29 Kim Kardashian was photographed at the airport flying home, appearing rather somber. It is safe to say that her trip to Glastonbury to save her marriage as en epic failure. After all, it’s hard to convince your husband you shouldn’t get a divorce when people are literally waving flags reminding him that you made a sex tape with Ray-J. Do you think that Kim and Kanye will get through this rough patch? Or could their marriage really be over? Let us know in the comments below!

Pregnant Kim Kardashian catches a flight out of Heathrow Airport on June 29, 2015 in London, England. The reality star spent the weekend watching her husband Kanye West perform at the Glastonbury Festival but flew home alone. FameFlynet