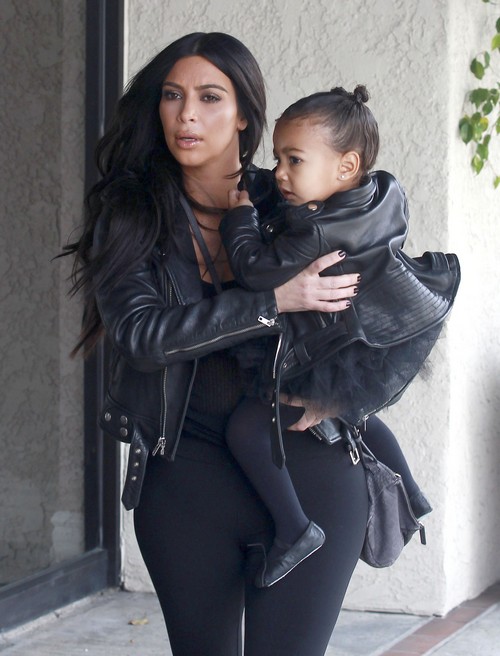 Kanye West wants a divorce – and is tired of Kim Kardashian’s trashy family doing damage to his already fragile image. Kanye West was embarrassed at the Billboard Music Awards when Kim’s little sisters Kendall Jenner and Kylie Jenner introduced him and were nearly booed off stage, his less than stellar performance that followed was only the icing on the cake. Kanye’s publicity team has informed the rapper that his over all popularity is taking a huge hit because of his ties to the Kardashians – and he is at a pivotal point in his career. If he wants to be known for anything other than his wife’s trashy family, the he needs to divorce Kim now.

Kim Kardashian obviously doesn’t want another divorce on her resume, her history of failed marriages is a sensitive subject for the reality TV diva. So, Kim is on a mission to clean up her and Kanye’s image in a last-ditch attempt to convince the rapper to stay with her. After Kanye informed Kim he wanted a divorce, she headed to her interview with Access Hollywood’s Billy Bush and raved about her and Kanye’s relationship, doing everything in her power to make them seem like the picture perfect couple.

Kim and Kanye’s relationship basically began with scandal when she was pregnant with Kanye’s baby and still married to Kris Humphries. Despite the fact that the math just doesn’t add up – Kim insisted in her interview on Access Hollywood that everything was on the up and up when she and Kanye began dating, and they were both single. Kim’s version of the story grossly contradicts all of the reports that she cheated on Kris and Kanye cheated on Amber Rose. Kim’s last ditch attempt at making her and Kanye’s relationship seem a little less trashy is most likely too little too late, the damage has already been done. And, the damage has already been done to Kanye’s career – even if he does divorce Kim now, no one will ever let him live down the “Kimye Era.”

So, what do you think of Kim Kardashian’s obvious attempt to make her and Kanye West’s marriage seem legit? Kim Kardashian is fooling nobody and Amber Rose can testify to that! Will Kim ever be able to clean up their image enough to prevent Kanye from divorcing her? Do you think the couple will make it through 2015, or is this the beginning of the end? Let us know what you think in the comments below!