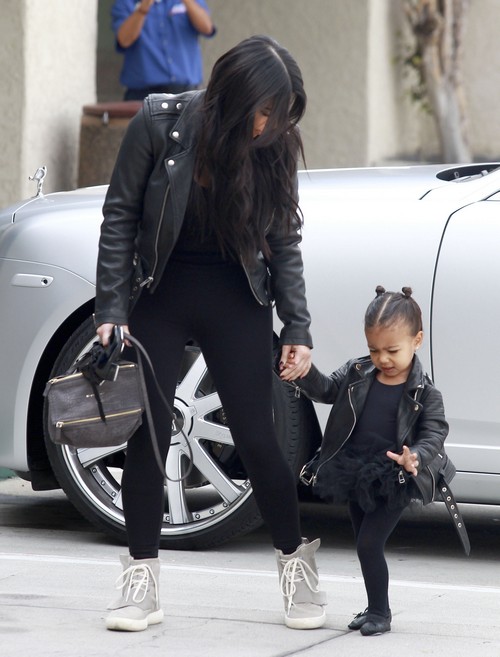 Will Kanye West be divorcing Kim Kardashian in the near future? Rumors of divorce have been flying for quite some time now regarding this power couple, and despite their attempts to keep everything under wraps and uphold a positive image, it is becoming more difficult for Kim and Kanye, dubbed “Kimye” by fans, to stay happy.

We recently reported that Kanye West and Kim Kardashian’s marriage may have run it’s course due to Kanye’s controlling ways. He allegedly forced Kim Kardashian to bleach her hair blonde, and as seen in Kim’s popular reality show, Keeping Up With the Kardashian’s, Kanye is very instrumental in what Kim is allowed to wear. In one episode, he even went as far as to have a stylist come into Kim’s home, clean out her closet, and provide her with a whole new wardrobe that Kanye felt was necessary for her to wear if she wanted to be seen in public with him.

On top of that, we recently learned that Kim and Kanye have been fighting over the amount of photos that Kim takes and posts of their daughter together, North West. Kanye would much rather prefer to give North West as much of a private life as they possibly can, but Kim is always snapping photos. A source revealed that this has been the root of many fights between Kim and Kanye, and if it continues, can lead to a divorce.

Lastly, Kanye West’s team is even urging the rapper to divorce Kim. A source alleges that Kanye West’s team does not want Kanye to publicize his relationship with Kim because it has taken away his credibility as an artist.

At the Billboard Music Awards when Kim Kardashian’s sisters, Kendall and Kylie Jenner, announced Kanye West, they were booed during their entire opening segment.

Kanye’s team does not want this kind of negative publicity around him and have urged him to either divorce the reality star and rid himself of the Kardashian clan, or keep his marriage to Kim as private as possible.

What do you think? Is there a divorce coming soon for Kim Kardashian and Kanye West? Does Kimye have a future? Let us know in the comments below.