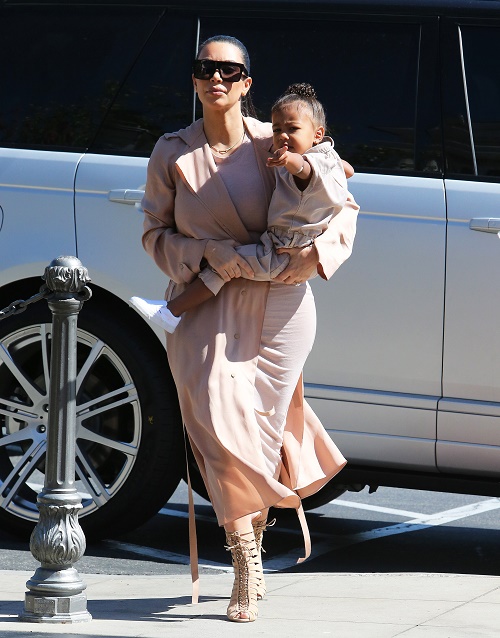 Kim Kardashian and Kanye West’s marriage is hanging on by a string. The couple has been fighting over everything under the sun for months and multiple reports have revealed that they are on a brink of a divorce. One of Kanye West’s biggest issues with his pregnant wife is her family and their drama. Kanye hates the stigma that comes along with the Kardashians, andhe has even admitted that being related to the reality TV family has hurt his career.

Kanye has even blatantly refused to be a part of Keeping Up With The Kardashians. So you can imagine how Kanye felt when the “I Am Cait” premiere screening took place and he learned that he was one of the main storylines. Everyone is buzzing about the premiere of “I Am Cait” and at an early screening of the first episode of the series viewers were shocked to see that Kanye West was a primary part of the show. And his comments were seriously blown out of proportion.

An insider dished to CDL that Kanye West is livid. When he and Kim went to Caitlyn’s house in Malibu, he was put on the spot and he had no idea the cameras were going to be there – and Kim Kardashian straight up lied to her husband and told him that they probably wouldn’t even use any of the footage that he was featured in.

Instead, Kanye’s cameo was the talk of the premiere. Our source explained, “E! and Kim knew that Kanye doing a cameo would create major buzz. She basically lured him there when they were filming. Kanye has no issues with Caitlyn or her transition – but he hates the fact that Kim and her family are using him to generate buzz and he keeps being associated in the media to Caitlyn.”

So Kim Kardashian plotted to use her husband as a publicity gimmick behind his back? You don’t say! Sure, Kanye won’t divorce Kim on grounds of this alone, but it will surely be added to the lengthy list of reasons the couple can’t stand to be in the same room together these days. Do you think Kim intentionally tricked Kanye into become a headliner in Caitlyn’s premiere? Or was it all out of her hands? Let us know what you think in the comments below!