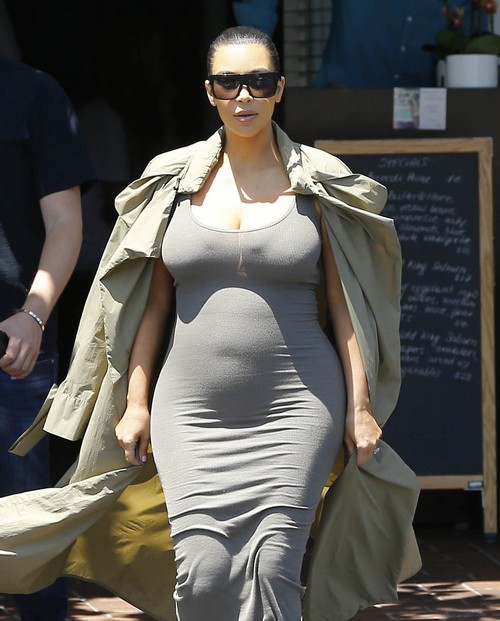 Kim Kardashian and Kanye West have been plagued with divorce rumors since they got married. The Keeping Up With The Kardashians star and her rapper husband have fought about everything under the sun, including Amber Rose, Kim’s family drama, getting pregnant with their second child, and even arguments as petty as to whether or not she should bleach her hair blond again. But, Kim would never in a million years admit that she and Kanye are having relationship problems or discussing divorce. As a matter of fact every time a new divorce report hits the Internet, Kim posts something on social media professing her love to Kanye to try and shut it down.

What is with Kim’s denial, why is she so adamant that her marriage is a walk in the park when in all actuality there have been divorce papers drawn up on more than one occasion? According to a leaked psych evaluation on Kim, courtesy of In Touch Magazine, it all stems back to Kim’s childhood and boy did her momager Kris Jenner do a number on her!

The July 27 edition of In Touch Magazine reveals that the reason Kim Kardashian vehemently denies divorce rumors all stems back to the messy divorce she endured as a child between Kris Jenner and Robert Kardashian Sr. In Touch explains that Kim basically handles her divorce from Kanye West the same way that she handled her parents’ divorce when she was just a child – as if it isn’t happening. The magazine goes on to reveal, “Kim can’t face the truth and hides her emotions. She won’t admit that her marriage to Kanye West is a nightmare. She has lived in a fantasy world since she was a child. All she ever wanted was to be beautiful and famous, because she has basically always been insecure and lonely. She hasn’t changed that much. Instead of dealing with her problems in the moment, she puts on a happy face.”

It sounds like Kim Kardashian might just be more delusional than Kris in the long run. But, the information from the psych evaluation isn’t exactly new news – it just confirms what we have been saying all along. Don’t believe everything you see on social media, Kim Kardashian’s Instagram is all a charade, and she and Kanye West are by far the happiest couple in Hollywood. How much longer do you think Kim will be able to keep the act going before she finally admits that she and Kanye’s marriage is in trouble? Do you think they will get divorced before their second baby is born? Let us know what you think in the comments below!