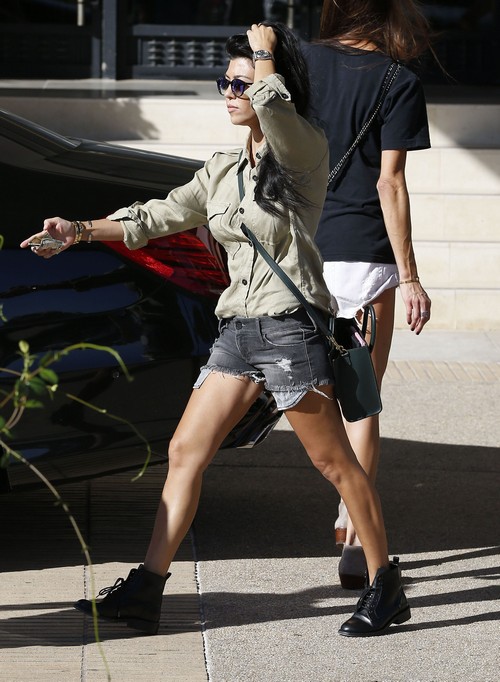 Kim Kardashian is furious with Kourtney Kardashian’s spotlight-stealing hot hook-up with Justin Bieber, and she has went to extremes to try and regain attention. Despite Kanye West’s attempts to dominate the world’s attention with Twitter rants and American Idol stunts, Kim felt the need to announce she might have diabetes on season 11 of ‘Keeping Up With the Kardashians.’

Bieber and Kourtney have been hooking up, starting with leaving The Nice Guy in West Hollywood together. Later, the duo went Universal Studios Hollywood Halloween Horror Nights together. A photo of the two sporting 3D glasses hit Instagram shortly after they were spotted in several mazes. Justin and Kourtney were also neighbors until Khloe bought Bieber’s Calabasas home in 2014, so they have a tie beyond bumping into each other during dinner.

Not to be outdone by Justin Bieber and Kourtney Kardashian’s hookup, Kim came galloping into the press by announcing she might be diabetic during the trailer for season 11 of ‘Keeping Up With the Kardashians.’ During an ultrasound – of course Kim filmed that moment for the TV show – the doctor informs Kim there is extra fluid in her placenta. Kim Kardashian then confirms the possibility she could have diabetes to Kris Jenner and Kourtney…and the millions of KUWTK fans.

I wouldn’t count on Kim becoming Wilford Brimley’s BFF for a hookup to diabetes supplies. The pregnant Kardashian star jumped on her website last week to complain about how much she hates being pregnant saying, “For me, pregnancy is the worst experience of my life! LOL! I don’t enjoy one moment of it and I don’t understand people who enjoy it. My mom and Kourtney clearly did! More power to them but I just don’t relate!”

The rant seemed odd as Kim battled infertility issues for months while trying to become pregnant with her second child. Kardashian summed up her rant by closing with the complaint, “Maybe it’s the swelling, the backaches or just the complete mindf**ck of how your body expands and nothing fits. I just always feel like I’m not in my own skin. It’s hard to explain. I don’t feel sexy, either — I feel insecure and most of the time I just feel gross.”

What do you think of Kourtney Kardashian and Justin Bieber’s relationship? Are they just hooking up or boyfriend and girlfriend? What about Kim Kardashian’s diabetes announcement? Let us know what you think in the comment section below.