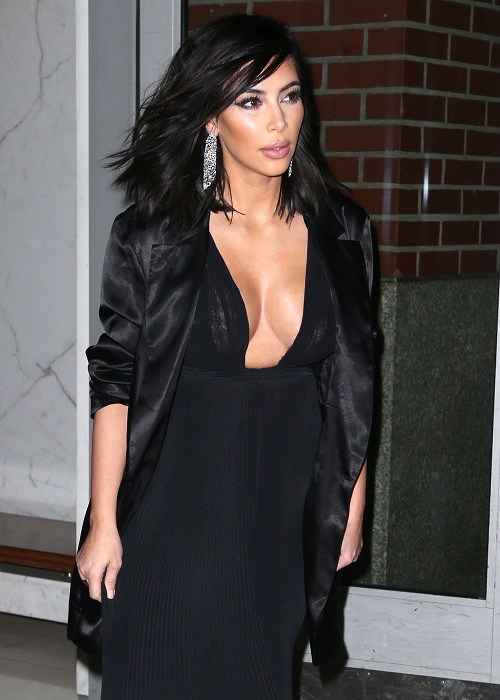 Kim Kardashian and Kanye West have been tinkering on the verge of a divorce for months. The couple have been struggling to overcome their multiple issues ranging from Kanye’s new “closeness” with Rihanna to the Kardashian Family’s never-ending scandals, as well as both of their jealousy and insecurity issues. This week, Kim’s sister Khloe got caught up in a messy Twitter feud with Amber Rose, and it looks like the drama could be what pushes the couple over the edge and seals the deal on their imminent divorce.

Khloe Kardashian and Amber Rose’s Twitter feud brought up two very sore subjects for Kimye. Ever since Kim Kardashian reportedly “stole” Kanye from Amber Rose, there has been bad blood between her and the Kardashians. Multiple reports over the years have exposed Kim’s obsession with Amber Rose, and constant paranoia that Kanye is cheating on her with his old flame Amber. And Kim has reason to be concerned: if Kanye cheated on Amber with Kim, who is to say he won’t cheat on Kim with Amber? The Twitter drama this week just reinforced Kim’s insecurities about her hubby’s old relationship and now the KUWTK star is on a warpath because Khloe’s fight with Amber has struck a nerve with her.

Amber Rose, never one to shy away from controversy, manages to push Kanye’s buttons as well while she was arguing with Khloe and made a point of reminding the world that Kim Kardashian is a “sex tape whore” – and we have all seen her have sex with Ray J. Kanye hates the fact that no matter what he and Kim try to accomplish, no one will let bygones be bygones and stop throwing the Ray J sextape in their faces. The last thing Kanye wanted days after his debut fashion show was for it to be completely overshadowed by a trashy Twitter feud and Kim’s never-ending sex tape drama.

If ever there was a time that the divorce rumors about Kim Kardashian and Kanye West were true – now is the time. Kimye has enough issues to work out. Adding Amber Rose and Ray J to the mix will push the couple over the edge.