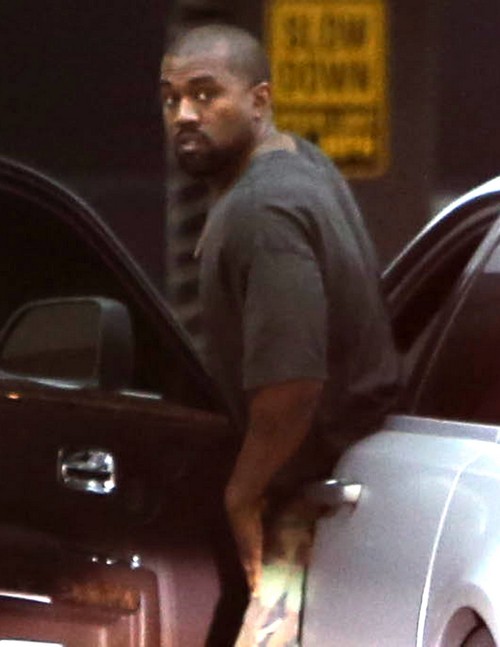 It’s time for the media to play the Kim Kardashian and Kanye West name their new baby game and we can expect plenty of help from the fame-hungry Kardashian-Jenner clan. Kim Kardashian and her husband Kanye West are expanding their family, the reality TV star confirmed on Keeping Up With The Kardashians this month that she is indeed pregnant with baby number two. Although Kim’s due date is not until December 2015, general consensus is that she and Kanye will be having a baby boy this time around. It’s no secret that Kanye West desperately wants a son, and seeing as how North West’s new sibling was conceived via IVF treatments – there is no reason that Kanye and Kim couldn’t have made sure that she was only impregnated with male embryos.

Since Kim Kardashian confirmed she was pregnant, everyone has been speculating over what she and Kanye will name baby number two. The name South West has been tossed around the internet, but according to a new report from TMZ – it is not going to happen. Apparently, the other directions South, East, and West are inferior to North, because they aren’t at the top of the compass. Leave it to Kim and Kanye to look down on directions…

According to TMZ’s sources, Kim and Kanye are mulling over baby names that are inspired by Kanye’s late parents – and it will most likely be something that no one expected. Personally, we’re still a little disappointed there won’t be a North West and a South West. Whatever Kim and Kanye decide to name their new baby boy, there is a good chance he could be raised at Michael Jackson’s Neverland Ranch. The rapper recently announced that he wants to buy Michael Jackson’s former home and raise his growing family there. Apparently, the multi-million dollar mansion that Kim and Kanye spent the past two years renovating isn’t “big enough” to raise two whole children in.

So, what do you think Kim and Kanye will name their baby boy? Could it still be another name off the compass, and the couple is just denying it to try and surprise everyone like they denied the name North West? How crazy is it to imagine Kim and Kanye living at the Neverland Ranch? Let us know what you think in the comments below!

Kanye West and Kim Kardashian spotted out for Sunday Brunch at the Soho House in West Hollywood, California on June 7, 2015. Kanye announced that he wants to by Michael Jackson’s Neverland Ranch and move his family to the theme park by FameFlynet