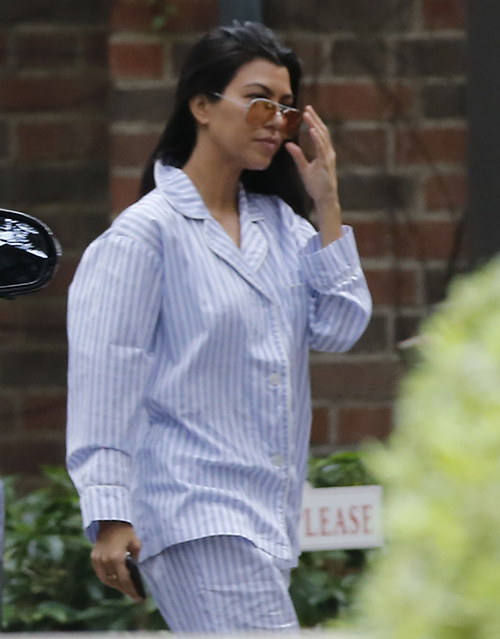 Does Kris Jenner worry about building the family fortune more than she cares about her own daughters? That’s what it looked like to Kourtney when she found out that Kris has been secretly calling her ex-boyfriend Scott Disick.

After the humiliation that Scott put Kourtney Kardashian through, she can’t believe her mom is giving Disick any attention at all. Over the summer, Scott and Kourtney broke up after pictures of Disick and his former fling Chloe Bartoli surfaced.

That’s when Scott began flaunting his much younger and blonder girlfriends. Disick even went for a much younger model with the 18-year old Lindsay Vrckovnik. There were even rumors of a pregnancy scare before Scott finally called off his romance with the much younger woman.

Now that Scott Disick is finally taking rehab seriously, he wants Kourtney Kardashian back. According to multiple reports, Scott has been blowing Kourtney up, asking his former longtime girlfriend if she will just consider giving him another chance.

Kourtney Kardashian is still furious at Scott and heartbroken about the way things went down. She is still telling Scott no, at least for now. On top of that, Kourtney wants Scott Disick completely removed from “Keeping Up With The Kardashians.”

That’s why Kourtney is so angry with her momager Kris Jenner. She can’t believe her mom would go behind her back to talk to Scott after all that happened. Even worse is that Kris hasn’t done anything yet to get Scott axed from the E! Network reality show.

Some believe that Kris Jenner is being greedy. It is a pretty good possibility that Jenner is just a great business manager and knows that cutting Scott loose from “Keeping Up With The Kardashians” is a horrible move for the show. If Scott is gone, Kourtney has no story line. She’s already the least popular of the Kardashian and Jenner sisters so if they don’t spice up her story, Kourtney will risk fading into oblivion.

It also means that Scott could cut a deal for his own spin off reality series and that would be devastating for the Kardashian clan. A Scott DIsick reality series would also mean that Kris Jenner has no control over production. Scott on his own could blow the lid off many Kardashian secrets and he’d probably tell plenty to get his own ratings up.

It looks like Kris Jenner wants to televise as much of Kourtney and Scott’s break up as possible. There are already promos for the next season of “KUWTK” showing the Scott Disick cheating drama that happened over the summer. Kris will surely put Scott’s rehab stay on the show too. That is very possibly what the phone calls between Kris Jenner and Scott Disick were all about.