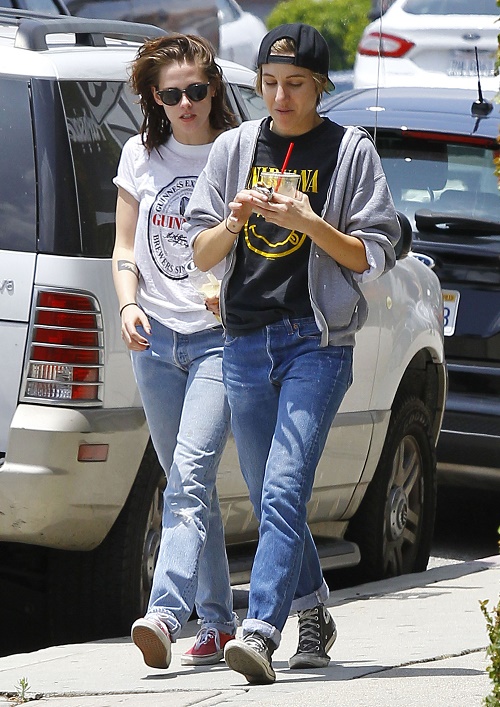 After quite some time, Kristen Stewart has finally moved on from her former love interest Robert Pattinson and has found love in her personal assistant and girlfriend, Alicia Cargile. The Twilight star has been spending quite a lot of time with Cargile. Now, Kristen Stewart’s mother, Jules Stewart, has confirmed that her daughter is romantically involved with Alicia – which many have suspected over the past months seeing as how inseparable the two are.

In a recent interview with Sharon Feinstein and Sime Boyle of The Sunday Mirror, Kristen Stewart’s mother, Jules Stewart, confirms this relationship and goes on to reveal that she is accepting that her daughter “loves women and men.”

Jules says that the couple is very happy together and that she is perfectly okay with that. It is nice to see that Kristen Stewart’s mother is accepting and only wants her daughter to be happy. Jules adds, “What’s not to be accepting about her now having a girlfriend. She’s happy. She’s my daughter, I’m just her mom so she knows I would accept her choices. I’ve met Kristen’s new girlfriend, I like her. What’s not to accept? She’s a lovely girl.”

We think that all parents should learn from Jules Stewart and it is nice to see that society is becoming more accepting. We still have a long way to go, but every generation becomes more accepting of each other’s differences, whether that be race, gender, religion, sexuality, etc, and that is so important.

Jules Stewart goes on to say, “I feel like people need to be free to love whoever they want. I accept my daughter loves women and men. It’s OK to be who you are in my world. We all choose our friends so we should be free to choose our lovers. People are good to do whatever they like as long as they’re not hurting people or breaking the law.”

Pattinson is now happily engaged to R&B singer FKA twigs, so why shouldn’t Kristen Stewart get to be happy also? Whether or not Kristen is in love with a man or a woman should not matter, as long as she is happy.

What do you think about Kristen Stewart/Alicia Cargile dating? Leave your thoughts in the comments below. We’d love to hear from you!