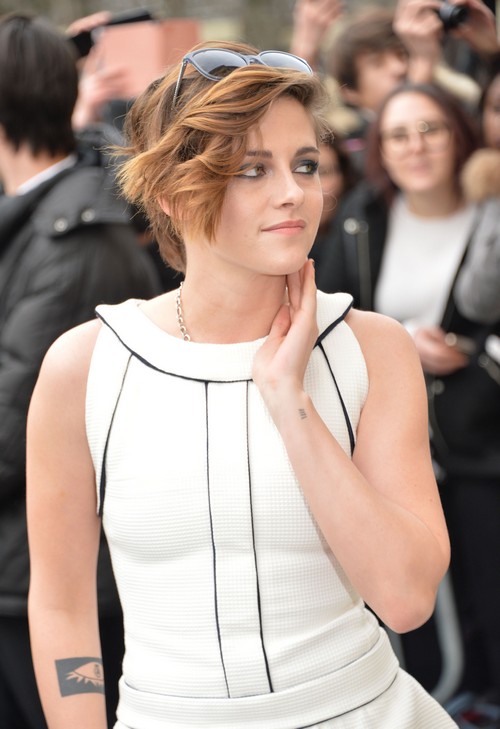 When Kristen Stewart and Dylan Penn partied last week in Paris did they gossip about Robert Pattinson and his new girlfriend FKA Twigs? So it turns out that Dylan Penn and Kristen Stewart partied together in Paris without a care in the world. In other words, both of them seem to have put their relationship with Robert Pattinson behind them, especially since Kristen is now happily with Alicia Cargile. In fact, I imagine that both Kristen Stewart and Dylan Penn must have touched upon the subject of Rob and his new girlfriend, FKA Twigs. And you know if they talked about FKA Twigs, they also had a gossip session about how she’s a massive famewhore completely undeserving of Robert Pattinson.

I mean, when both Kristen AND Dylan were dating Rob, the publicity surrounding their relationships was very minimal. In fact, Dylan continued to deny that she was dating Rob even when the proof was contradicting her every word. She seemed to be in complete denial about the public scrutiny and media attention, and she tried her very best not to court it.

And Kristen? Well, Kristen Stewart and Robert Pattinson had a very PR-friendly romance that was a little too convenient for me, but at the same time, they also tried their best not to get photographed together or even seen together whenever they were out. So really, Kristen and Dylan had a LOT in common in the way they dated Robert Pattinson, which was also extremely different from the way that FKA Twigs is dating Rob.

To be very, very honest, I’m sure that they at least discussed Rob once or twice in their discussion – how could they not? And I’m positive that the gossip turned to FKA Twigs. Kristen Stewart and Dylan Penn are both normal girls and I’m sure they love to gossip, just like everybody else. And gossiping about one of the things they have in common? I can’t imagine they resisted that impulse.