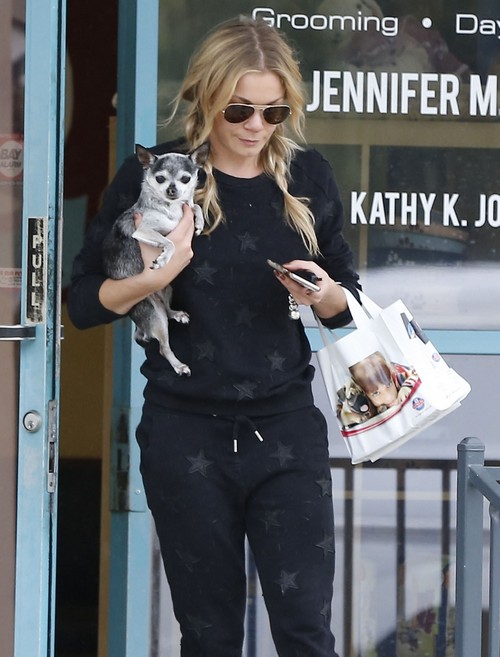 LeAnn Rimes is a has-been and as such dissed Katy Perry before the Grammy Awards and tried to start a feud with the pop superstar. Over time, LeAnn Rimes has come to realize that she’s only relevant when she’s in conflict with other celebrities. As such, she’s constantly trying to start feuds with Brandi Glanville, but lately, she’s been aiming higher. Right before the Grammy Awards, LeAnn posted an image to her Instagram of her at the Grammys when she was just fourteen years old, with the caption, “Before @katyperry shot whipped cream from her cones, I had a pair of my own. #14 #whatwereyoudoingat14 #stillsurreal #goodlucktoallthisyearsnominees #momtoomanycurlsandtoomuchhairspray #flashbackfriday #notakatyperrydiss #iloveherandhercones #someonetryingtomakesomethingoutofnothing.”

Um, hashtag much? Now, LeAnn might have just been attempting to remind everyone that she used to be big deal, but all she did was reinforce the fact that she’s become a D-list reality famewhore. Plus, it’s clearly a passive aggressive diss against Katy Perry, because let’s face it – everything that LeAnn Rimes does is a passive aggressive diss towards somebody. I guess she wasn’t satisfied with the media speculating about her marriage and/or divorce status with Eddie Cibrian, and she needed to stir the pot somehow.

Plus, LeAnn’s reality show has more or less a failure, which means that she’s going to need some publicity – positive or negative – to land another gig. In her mind, she can go around and diss people until the media takes notice. The only thing is, she clearly doesn’t realize that neither Katy Perry nor most of Katy’s fans are going to care about LeAnn Rimes’ passive aggressive diss towards her. I mean, Katy Perry >>>>> LeAnn Rimes, in terms of fame, class, wealth, and talent.

What do you guys think about LeAnn Rimes attempting to start a feud with Katy Perry? Or do you think she was just trying to remind everyone that she was once a famous singer that used to win awards? If that’s the case, I just feel sad for her, no?

FameFlynet: LeAnn Rimes seen leaving an animal clinic with her dog in Calabasas, California on February 7, 2015. Earlier this week LeAnn tweeted that she received the ashes from her dog Raven who died at 16 yrs old in December