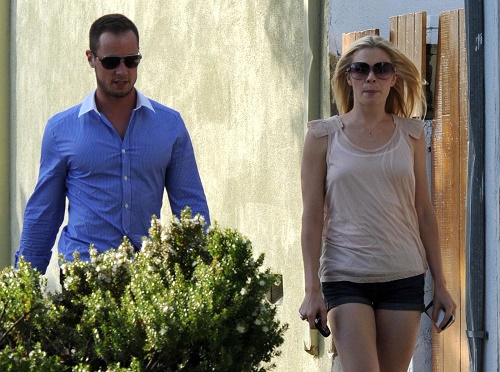 Dean Sheremet, LeAnn Rimes’ ex-husband [you know, the one she dumped for Eddie Cibrian] has just come out with an extremely revealing and thorough tell-all interview. He goes into extensive detail about what happened between him and LeAnn during the last few days of their marriage – and more specifically, how he found out that she was cheating on him with Eddie Cibrian.

He first explains that he was the one who convinced her to go do the Lifetime movie ‘Northern Lights’, which just happened to be where LeAnn and Eddie first met. Dean does explain that while he thought Eddie was extremely good-looking and charming, he never thought ‘in a million years’ that LeAnn would cheat on him. He elaborates by saying that he felt that LeAnn really needed him, but obviously, he underestimated her.

Dean goes into further detail when explaining the first time he figured out what had happened between LeAnn and Eddie, when he had been gone from set for a full week. He explained, “I’ll never forget this, there was this bar that everyone hung out at after set and I remember coming down the stairs and seeing the two of them shooting pool together. I could just tell by the body language that everything had changed. She’s shooting pool, shooting tequila, in a tight tank, tight jeans, over the knee boots and she’s standing across from him, playing with the pool cue. All of a sudden, there was a huge shift. My stomach dropped. I literally felt like I got hit.”

There’s a lot more to sift into in the full interview [link here], but it’s clear that Dean genuinely loved LeAnn Rimes, but she didn’t feel the same way. She wanted the fame and the constant spotlight, and she sacrificed her marriage and her music career to get that. And now? She’s stuck with a husband who doesn’t really seem to love her, a constant place on the tabloid’s and media’s shit list, and a music career that is practically non-existent.

What do you guys think about Dean’s tell-all interview? Let us know your thoughts in the comments below.