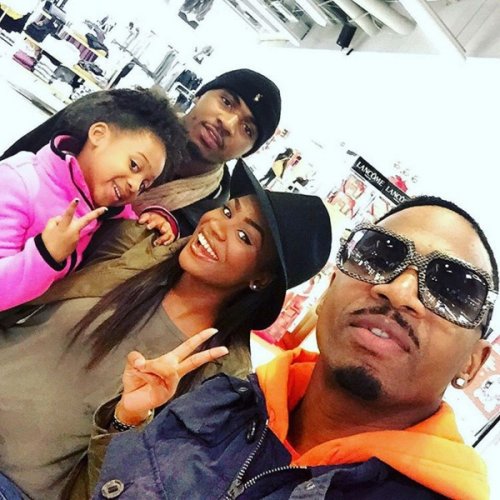 No one was really taking them seriously seeing as how neither one of them can tell the whole truth if their lives depended on it. But according to an official press release from VH1 this week, ‘Stevie J & Joseline Go Hollywood’ is happening!

VH1 announced on December 2nd that Stevie J and Joseline’s reality show, which follows the Atlanta couple to yup, you guessed it, Hollywood – will be premiering in 2016. The ‘Love & Hip Hop: Atlanta’ spin-off show has been given a premiere date of January 25, 2016.

Here’s the official teaser from VH1: “Stevie J’s head is in the game and he’s ready to leave the party scene in ATL behind. Fully focused on creating new music in Los Angeles, he is heading back into the studio to produce music with Diddy and The Hitmen Crew. He is also trying his hand as a film producer. Joseline Hernandez refuses to let Stevie J have all the fun in La La Land. Heading out west on her own, she aims to introduce the Hollywood scene to her own brand of spicy pop. With unwavering confidence and undeniable talent, the international superstar works to take her place on the music charts.”

And in case one Love & Hip Hop spinoff wasn’t enough, the Stevie J and Joseline Hermandez show premiere will be followed by the Season 2 premiere of K. Michelle’s own reality show. Monday nights will be packed full of drama in January.

Are you excited to tune in to Stevie and Joseline’s new show? Do you think that they will wind up getting back together when they are in Hollywood? And how weird is it that they are going to Hollywood “separately” but being filmed for the same show?

Let us know what you think in the comments below!