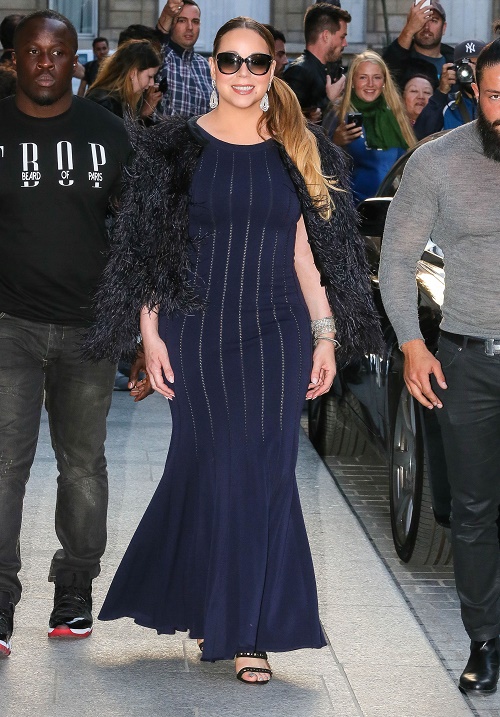 Nick Cannon and Mariah Carey are officially divorced, and currently in a messy custody battle over their twins, Monroe and Moroccan. Mariah Carey is reportedly on a mission to make her ex-husband’s life a living hell. The first item on her agenda? Stealing his thunder on America’s Got Talen, the television show he hosts. Apparently, the AGT producers asked Mariah if she would be interested in appearing on the show – and she was all for it.

The July 6 edition of Life & Style Magazine reveals that Mariah jumped at the opportunity to step on her ex-hubby’s toes on AGT. Because you know, she’s not bitter at all. An insider dished to the magazine, “They want to tap Mariah to fill in just in case Mel B. needs some time off. Mariah has made it clear that she’d go for it if the scheduling worked out.”

Apparently, AGT judge Howard Stern is pushing for Mariah Carey to join the show because he wants to see some drama on set. The AGT insider went on to reveal, “Howard would love to see that happen. He wants to get Mariah and Nick together and see some fireworks.” Honestly, we would love to see the hostility between the two exes unfold on national television – it will be a trainwreck for sure!

Nick Cannon insists that he and his ex-wife are cordial, but he would most definitely have a change of heart if she tried to steal his thunder on the talent show and he had to deal with her at work on a daily basis. America’s Got Talent could definitely use the ratings boost. Do you think that Mariah Carey is being spiteful, or does she genuinely have an interest in being on the show? Would you tune in to watch the awkwardness in all its glory? Let us know what you think in the comments below!