Miley Cyrus Cheats On Girlfriend Stella Maxwell With Former Flame Mike Will Made It – Caught In The Act! 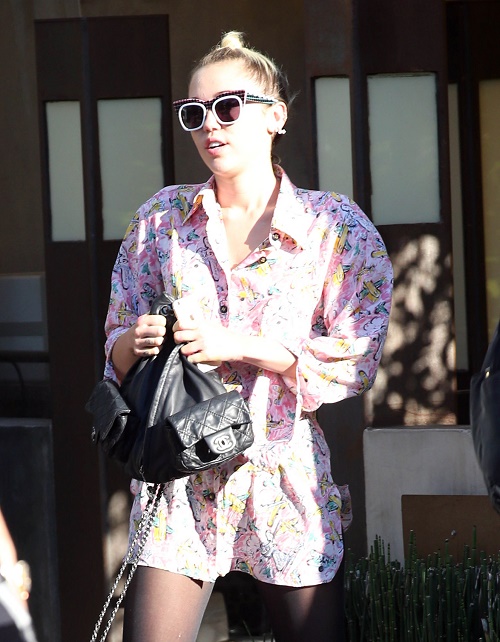 Miley Cyrus has barely been dating her girlfriend Stella Maxwell for a month – and she has already reportedly cheated on the supermodel with her former flame, rapper Mike Will Made It. Miley and Mike never really confirmed an official relationship, but it is no secret that they have been hooking up off and on for over a year – and they apparently didn’t stop after Miley coupled up with Stella Maxwell.

According to the latest edition of Life & Style Magazine, being monogamous is much harder for Miley Cyrus than she anticipated – and Stella walked in on her hooking up with Mike Will Made It! Awkward. An insider dished to Life & Style Magazine, “When Miley found out that Mike was hanging out with Rihanna, she freaked and ran back in to his arms. Stella walked in on the one day when Miley wasn’t expecting her. Mike left but Stella stayed and they fought for hours.”

Miley Cyrus has always been a bit of a wild child, and the fact that she cheated on Stella before their one month anniversary just support the theory that Miley liked the attention she received for being in a lesbian relationship much more than she actually liked Stella. According to Life & Style’s insider, Miley is now contemplating her entire relationship with Stella and they are on a verge of a breakup. Stella hasn’t dumped Miley for cheating and is reportedly trying to work things out with her, but every day that passes Miley realizes that being in a relationship and settling down is not her cup of tea.

Do you think that Miley actually cares about Stella Maxwell, or did she just lie for all of the attention she received while they were together? Is this the end of their relationship, or is there a chance they could still work things out? Will Miley stop hooking up with Mike? Let us know what you think in the comments below!