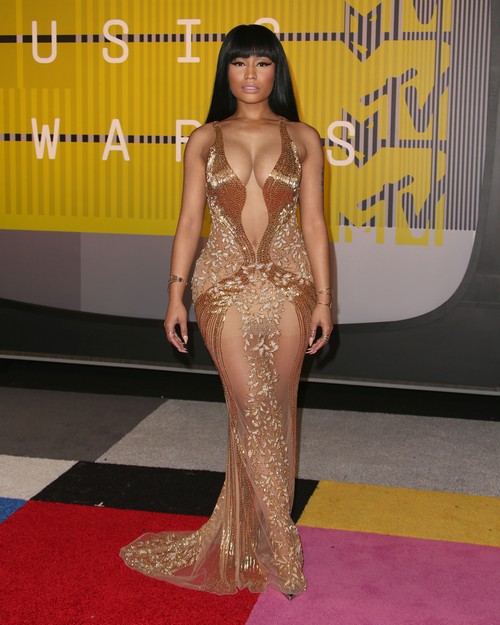 Missy Elliott dropped a bomb in a recent Billboard interview when asked about her influence on Nicki Minaj and her answer might blow up into the next big rap feud. Missy wants her fans to know that she is one of a kind and no one can imitate her and do a better job that she does. The comment about Minaj was definitely shade and Elliot wasn’t subtle at all.

The “WTF (Where They From)” rapper is a very close friend with Lil Kim. As a matter of fact, in an interview last year, the “Lighters Up” rapper referred to Missy Elliott as her sister. It makes sense when Elliott was asked about Nicki Minaj obviously having been influenced by her music that the “Work It” rapper would have something catty to say.

The claws definitely came out too because Missy acted like Minaj wasn’t even on her radar and then she let everyone know that she is not going to let anyone take her style.

When Missy was asked how the “Beez In The Trap” rapper is obviously influenced by Elliott, the “Lose Control” rapper responded, “Oh, she is?” Then went on to say, “Unfortunately, breaking news! There’s only one Missy.” The dig was directly related to Nicki’s feud with Elliott’s very good friend and fellow rapper Lil Kim.

The original Queen B has a years-long feud with Minaj and there’s no end in sight. The “How Many Licks” rapper has accused Nicki of ripping off her act and basically getting famous for her unoriginality. Kim makes a point too because Minaj has imitated album cover poses, photo shoots, clothing styles and even elements of Kim’s music. Nicki made it clear that she was highly influenced by the fellow New York City rapper.

The problem is, the “Not Tonight” rapper felt copied, not flattered and the femcees have been battling it out in subtle and not-so-subtle ways for years. In 2014, she talked about feeling like NIcki was more than just influenced by her music in the diss track “Identity Theft.”

After that track came out, Minaj stopped acting so admiring of her rap idol and threw a couple of jabs at the 2015 BET Awards in June. When Nicki took the stage to accept the Coca Cola Viewers’ Choice Award, the rapper said, “Don’t give up on yourself no matter what.

This is for everyone in this room. I want to tell you to please make it your business to follow your dreams because one day you will look around and your dream will be gone and you will be mad at somebody. But be mad at your g** d*** self!”

It’s pretty obvious that Nicki Minaj really took a blow at Lil Kim and that was less than five months ago. Now Lil Kim’s best friend Missy Elliott is back on the scene with her new single and there is no way she wants to be compared to the “Anaconda” rapper.

Missy made it clear that she is one of a kind and that she wants no parts of Nicki. Don’t be surprised if the fellow female rappers end up putting out a few verses about each other in the next few months.