Nicole Richie, Joel Madden Divorce On Hold: Couple Back Together – Or Just Faking Marriage To Save Face? 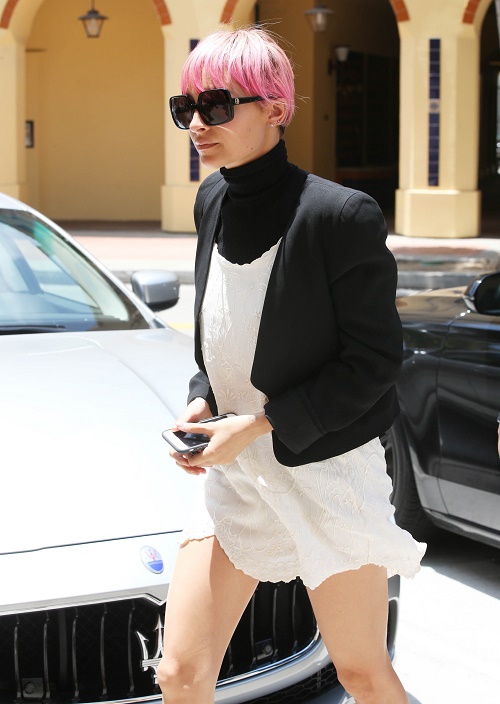 Nicole Richie and Joel Madden’s divorce is reportedly on hold – or anyways that is what they want us all to think. Nicole and her rocker husband’s marriage has been steadily deteriorating right before our eyes, and the Good Charlotte band member and reality TV star’s break-up has been closely chronicled by tabloids over the course of the last few months.

The tell-tale celebrity divorce signs were all there. It was obvious to anyone who was paying attention that Nicole Richie and Joel Madden were heading to splitsville. Sources were coming out of the woodwork and confirming that Nicole and Joel were fighting like cats and dogs, then they went through the “We Want To Get Pregnant But We Can’t” phase, Nicole was photographed out and about without her wedding ring on. Then, the nail in the coffin came last week when Nicole and Joel put their Bel-Air Mansion up for sale.

Nicole Richie and Joel Madden did some major publicity clean-up this week after listing their house for sale – and the couple stepped out hand-in-hand with forced smiles and attended a U2 concert. Either the parents of Sparrow and Harlow have managed to patch up their marriage and call off their divorce, or they just want everyone to think that is the case. In all actuality, Nicole and Joel really have nothing to lose if they go their separate ways, it’s not like they have built a brand together and their bank accounts will suffer if they do get a divorce. So, if they are faking a reconciliation to save face, we have no idea why.

What do you think? Are Nicole Richie and Joel Madden still getting a divorce and just playing nice for the media? Or have they really worked out their issues and gotten back together? Let us know what you think in the comments below!