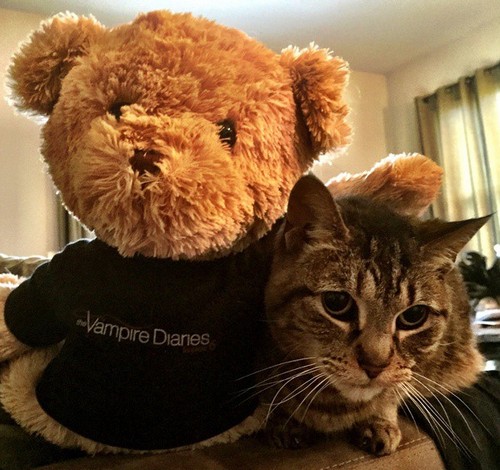 Ian Somerhalder and Nikki Reed are engaged and Nina Dobrev dissed them both and their engagement with recent social media postings and who can blame her? Nina Dobrev and Nikki Reed are no longer friends, but it seemed like both of them were doing their best to stay professional with the situation. Sure, Nina and Nikki used to hang out as friends before Ian Somerhalder came into the mix, but one can hardly remain friends when your ‘friend’ is engaged to your ex-boyfriend, right?

Alas, it seems like Nina Dobrev might be more upset about the situation than she initially let on. Although sources had suggested that Nina had moved on from Ian Somerhalder’s engagement – and the fact that he was engaged to her friend – it’s possible that Nina’s just been hiding her feelings. Again, one can’t blame her for that, can they? After all, Nina did date Ian for several years, which is a hell of a lot longer than Ian dated Nikki Reed before he proposed to her. 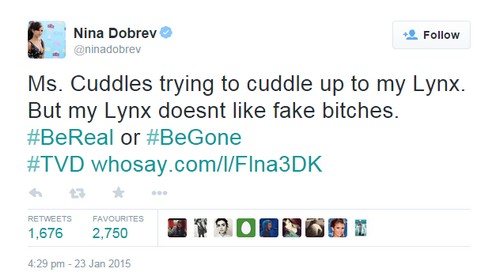 Either way, Nina has taken to Instagram [most celebrities’ favorite method of passive aggressive dissing] to diss Nikki Reed, calling out ‘fake b**ches’ in her caption. She posted a picture of her cat, Lynx, cuddling with a teddy bear wearing a Vampire Diaries teacher. She captioned the photo with, “Ms. Cuddles trying to cuddle up to my Lynx. But my Lynx doesnt like fake bi*ches. #BeReal or #BeGone #TVD.”

Hmmm.. a bit extra for a caption concerning cats and teddy bears, no? I mean, it just seems a bit.. angry. I don’t know about you guys, but I’m never this vitriolic when I’m discussing my cat or talking about teddy bears. And the thing is – Nina [and even other members of the cast] have used social media to make underhanded disses in the past, but in such a way that they could pass it off as normal comments if someone second guesses or looks closely.

What do you guys think? Did Nina Dobrev diss Nikki Reed and Ian Somerhalder and their engagement in her Instagram and Twitter posts, or was that just a normal comment? Let us know your thoughts in the comments below.