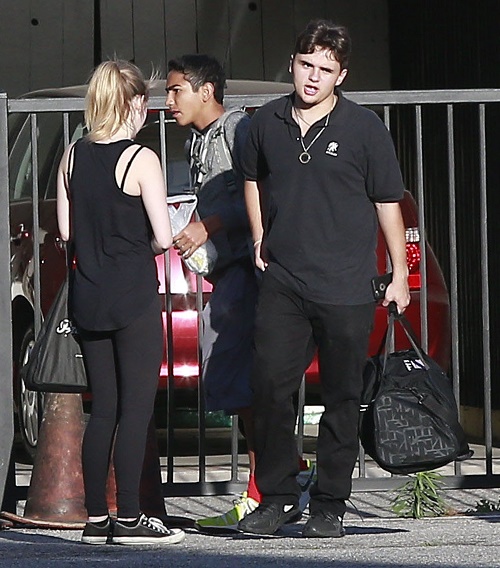 Paris Jackson and Prince Jackson came to the forefront of the media after their father, Michael Jackson, died. Michael had done a phenomenal job of keeping his children hidden from the media, but his death ended up setting off a chain reaction that nobody could predict, the worst of which ended with Paris trying to commit suicide.

She has since spent a long time at a rehabilitation center and has recovered well, according to close family sources. However, a new report from Radar Online is now claiming that Paris is no longer on speaking terms with her brother, Prince Jackson, because Prince has been going off the rails since he turned 18 and inherited the fortune left to him by his father.

Radar’s source explains, “She cannot tolerate her brother and says that he is disgracing their father’s legacy.”

Apparently, Paris has become the most mature member of the family, and everyone is very ‘pleased’ with how she’s turned out. However, they’re not as ‘pleased’ with how Prince has turned out, largely because he’s been partying and acting up after becoming ‘legal’. And considering Paris’ history, it’s not shocking that she wouldn’t want to be around any of that. However, it seems like this type of sibling feud will only last so long, especially since Paris and Prince were supposedly close in the past.

What do you guys think? Will Paris Jackson’s feud with Prince Jackson continue, or will they resolve their issues soon enough? Will Prince end up being a negative influence on Blanket Jackson as well, or will Paris’ newfound no-drugs, no-parties, no-craziness mindset work in keeping her youngest brother away from all the negative influences? Plus, Paris does have her boyfriend, Chester Castellaw, who’s supposedly an excellent influence on her. Maybe Prince just needs a new girlfriend…?