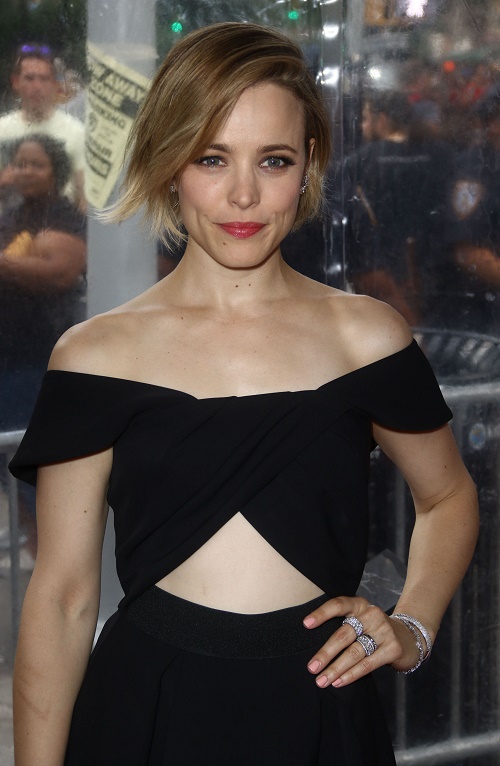 Dating rumors have plagued Rachel McAdams and her True Detective co-star Taylor Kitsch for weeks now, and The Notebook actress finally confirmed in a recent interview that she and Taylor are seeing each other. Then again, Rachel couldn’t really deny it seeing as how she and Taylor have been spotted out on dates on more than one occasion, and most recently they were photographed having an early lunch on July 18 and it looked like they had spent the night together and just rolled out of bed.

When asked about her relationship with Taylor Kitsch in a recent interview, Rachel McAdams teased, “Weird, right? Bizarre…it’s an odd little thing.” Although Rachel and Taylor are playing coy about the status of their relationship, sources close to the couple say that they are getting very serious very fast, and they are totally in to each other!

A source dished to OK! Magazine, “Their connection has only grown. Taylor is taken by Rachel’s wisdom and how down to earth she is after all of her success. He is telling friends that he can see it becoming long-term.” The insider went on to say that Rachel doesn’t want to jinx herself and Taylor by going public, but “she is smitten.”

Rachel McAdams has a history of dating her co-stars, and after her messy break-up from The Notebook co-star Ryan Gosling, her track record isn’t exactly stellar. Here is to hoping that Taylor and Rachel are the real deal, and they don’t go their separate ways and lose interest in each other as soon as they are done working on HBO’s crime drama True Detective.

Do you think Taylor and Rachel make a cute couple? Are they in it for the long haul, or is their relationship’s days numbered? Let us know what you think in the comments below!