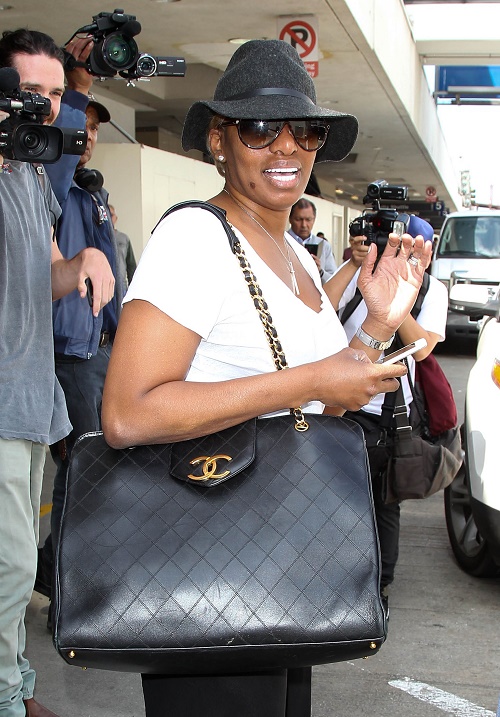 It wasn’t that long ago that the Real Housewives of Atlanta reunion aired on Bravo – but according to new reports, Bravo is rushing to begin filming Season 8 because they have nothing to air on Sunday nights without Teresa Giudice and the Real Housewives of New Jersey. RHOA Season 8 cast rumors are already making their rounds on the internet – and according to new reports, RHOA fans could be losing half of their favorite cast members.

So, who is getting hired and who is getting fired from the popular Bravo reality TV series? According to some Season 8 cast spoilers in a new report from LaLate, fan favorites Nene Leakes, Kandi Burruss, and Kenya Moore are all returning a getting ready to start filming very soon. Phaedra Parks, Claudia Jordan, and Cynthia Bailey could find themselves unemployed when the show returns to Bravo. The producers are reportedly looking to replace them.

Claudia Jordan was a newbie, and didn’t bring in the fans and buzz that Bravo hoped for on RHOA – so it’s not exactly shocking that she is up on the chopping block. But Phaedra and Cynthia have been key players on the reality TV show for years. Everyone can agree that it is time to shake up the cast and get some fresh new storylines in Season 8 – but a lot of RHOA fans will most likely not be happy to see Phaedra and Cynthia go. Who are they looking at to replace their leading ladies? Real Housewives of Atlanta rumors are hinting that producers are looking for some new allies for Nene Leakes, because the whole Nene versus everyone else on the show dynamic is getting rather played out.

We have to agree. We would much rather see Nene out with some new girls and doing something other than arguing with a table full of cast mates over who is a worse friend. What do you think, RHOA fans? Will you still watch Real Housewives of Atlanta if Cynthia, Claudia, and Phaedra are fired? Who would you like to see added to the Season 8 cast? Let us know what you think in the comments below!