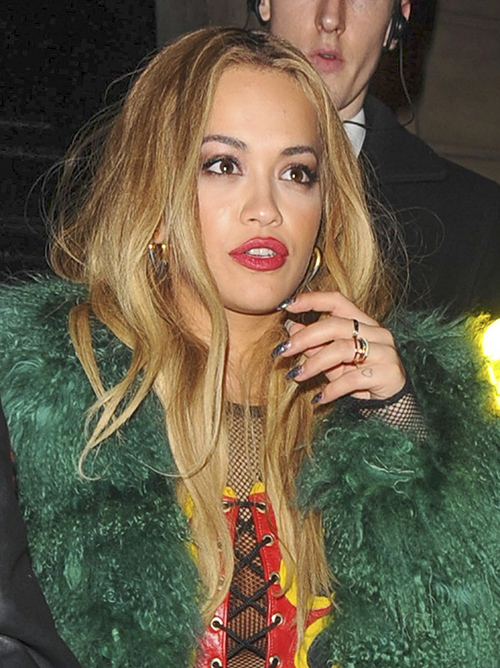 Rita Ora filed a lawsuit against Jay Z’s Roc Nation label after claiming she has been unable to release new music. The “Body On Me” singer claims she was left hanging as the label branched out to other endeavors and resources once available to her became scarce. Rita knows that it’s Jay Z’s wife Beyonce trying to end her career after news of her alleged affair with the Roc Nation founder.

Rita knows she has to get out of her Roc Nation contract before she becomes completely irrelevant. The Albanian singer has been biding her time as a judge on The X Factor UK and finally Ora is at a point where she might win her recording freedom.

Rita Ora is taking advantage of a California law prohibiting contracts from lasting more than seven years. According to a USA Today report on Thursday, December 17, most artists who sue to get out of their contract due to the seven year rule either win a settlement or renegotiate their contract. The 25-year-old singer signed with Jay Z’s label when she had just turned 18 years old. As soon as Rita hit the seven year mark on her contract with Roc Nation, she signed up to have the remainder of the agreement dissolved.

Rita blames Roc Nation’s expansion into sports agency and the recent music streaming service Tidal for taking away valuable resources and people she needed in order to release music and remain popular. That’s because she can’t just write in her lawsuit that Beyonce is angry about rumors of Rita Ora’s multiple hookups with her husband and now she is exacting revenge.

Ora says she has plenty of music to release and was unable due to constant staff changes and too much instability within the company. Now Ora is using a ground-breaking California law to get her out of the mess with Jay Z and Beyonce and back to recording again.

Ora feels like she could be a much bigger star if she was working with the right people and Roc Nation just isn’t making that happen. It looks like Beyonce won’t be able to hold back Rita Ora’s career much longer but at least the alleged other woman won’t be working closely with Jay Z ever again.