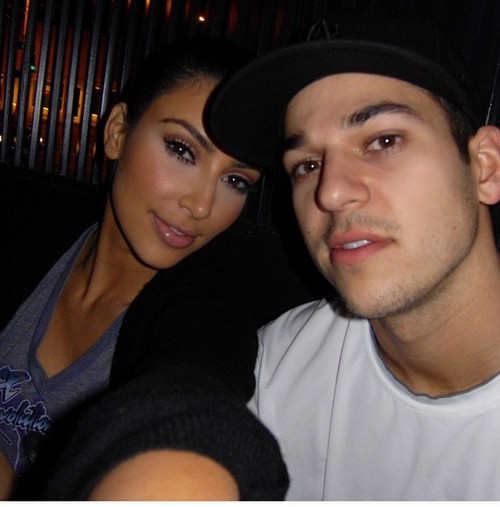 Rob Kardashian hates Kris Jenner and Kim Kardashian – and he is plotting to take down his reality TV family, Kimye and expose Kim and Kris as the monsters they truly are. While Kris Jenner is meeting with Rob Kardashian’s lawyers and trying to pay off her disgruntled son to keep him quiet, Kim is doing some serious damage control in the media. Kim Kardashian took to Instagram and posted a slew of “sibling selfies” of herself and Rob, naturally they were old pictures – Kim wouldn’t be caught dead posing next to Rob now that he is overweight. And, that is probably one of the many reasons he hates his sister with a passion.

Kim Kardashian knows that Rob Kardashian is poised to destroy her, and he is already working on landing a tell-all interview about their family, Rob has also been leaking stories to the press about her divorce with Kanye – which she has been trying desperately to keep quiet. Rob and Kim’s issues began during her over-the-top wedding to Kanye, when Rob reportedly walked out and flew home, skipping the ceremony. Since then, Kim has had nothing nice to say about her little brother – and has ranted about his weight problems and alleged drug abuse and depression on Keeping Up With The Kardashians. Rob upped the ante earlier this year and posted on social media that his sister Kim is “that psycho bitch from Gone Girl.” 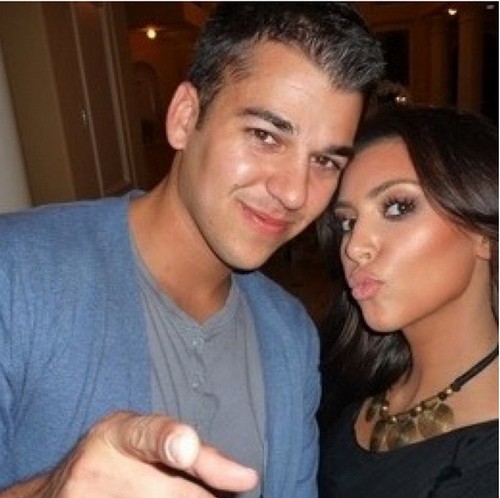 Kim Kardashian is only poking the bear by posting “sibling selfies” of her and Rob – and suddenly deciding to be an advocate for “people battling depression who act out on social media.” Kim Kardashian is clearly trying to come across as a saint, and trying to make Rob Kardashian seem crazy and not credible. The thing is, the more photos Kim posts of Rob Kardashian’s skinnier days and the more she talks about her mysterious “friend” who is battling mental illness – the more Rob Kardashian wants to crucify her and destroy her career and reputation. At this point, Kim should probably just follow in her mom’s footsteps and cut her little brother a check.

Are you as excited as we are for Rob’s tell-all interview – what kind of juicy secrets do you think he will reveal about Kim Kardashian, Kris Jenner, and the rest of his family? Does Kim truly care about her brother, or is she just trying to seem like a saint who is trying to help him with his issues? Let us know what you think in the comments below!

Kim Kardashian arrives on a flight from Sao Paulo at LAX Airport on May 12, 2015 in Los Angeles, California. Kim may have found herself banned from next year’s Met Gala after she broke Anna Wintour’s strict no-selfie rule at this year’s event. Kim was one of several celebrities (including Justin Bieber and Kanye West) who violated Wintour’s rule for no social media photos be taken during the ball, and Anna is reportedly planning on banning those violators next year! FameFlynet, Instagram