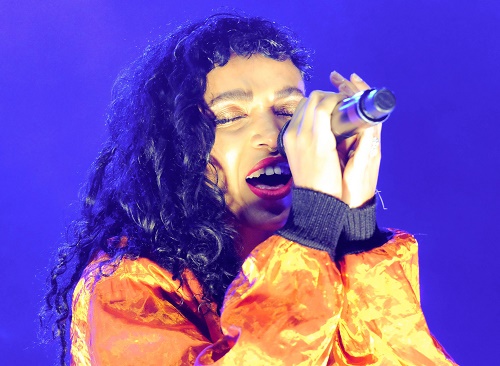 Apparently, Kristen Stewart and Kanye West are BFFs – and FKA Twigs is not happy about it. The British singer is determined to make a name for herself in the music world, and according to sources, she has always admired Kanye West. So you can imagine her temper tantrum when photos hit the internet of Kanye West chilling with her nemesis Kristen Stewart. So much for a Kanye and Twigs collaboration ever happening!

A source close to Twigs revealed that she is certain Kristen Stewart was bad-mouthing her to Kanye. Because you know the world revolves around FKA Twigs, and that was all Kristen Stewart and Kanye West had to talk about when they were hanging out in Paris. The insider dished, “Twigs thinks that Kristen is trying to sabotage her career, by buddying up with Kanye West and bad-mouthing her to the rapper. She thinks Kanye is a big deal, and it is killing her that he is friends with Kristen. Twigs is scared that Kristen is basically turning Kanye against her, and that could kill her career.”

Seriously? We’re not sure what is funnier, the fact that FKA Twigs thinks that she is really that relevant in Kristen’s life. Or the fact that she thinks Kanye West is some sort of music God that can single-handedly kill her career. Do you think Kristen Stewart is trying to sabotage FKA Twigs? Or is she just paranoid? Let us know what you think in the comments below!